The case, which was filed in Manhattan federal court, stands out from similar Internet counterfeiting suits because the defendants, Linda and Courtney Allen, reside in Syosset, N.Y. Typically, these cases involve foreign-based Web operators who are difficult to track down.

In her decision, presiding Judge Colleen McMahon said Thursday that the defendants had violated Coach’s trademarks on 11 types of goods for a total of 22 separate infringements. In addition to awarding the handbag maker a hefty multimillion-dollar judgment, she granted Coach a permanent injunction, shutting down the defendants’ infringing Web sites, Bellafashions.net and MyClassyFashion.com.

“I know nothing about this,” said a testy Linda Allen, who returned calls for comment regarding the judgment.

When pressed further, she repeatedly said, “it’s not valid,” but finally admitted that while she did indeed know she had been sued by Coach, she had not yet received word of a verdict against her.

A repeat offender, Allen had been sued by French fashion house Chanel Inc. for trademark counterfeiting and infringement in 2007 for the “same exact illegal conduct” with the operation of MyClassyFashion.com and UltimateDesignersHandbags.com, according to Judge McMahon, who noted that in the Coach case, the defendants had also sold counterfeit bags on eBay.

“Linda Allen plainly requires substantial deterrence because she has not been deterred by prior judgments,” explained the judge. “She persists in her contumacious behavior. This award may be crippling, but it is plainly needed to prevent Allen from going back once again into the business of counterfeiting.”

To back up her decision, Judge McMahon said the Allens “willfully” infringed Coach’s trademark because they admitted on their Web sites that the goods they were selling were “not original” and that they were “in no way affiliated with the authentic manufacturers.”

She added that when the defendants finally turned in a response to Coach’s allegations in June, the paperwork was “utterly devoid of substance.”

“Coach is exceedingly pleased with the court’s ruling,” said Nancy Axilrod, Coach’s deputy general counsel. “The decision in Coach v. Linda Allen, et al. should serve as a warning to defendants in all pending Coach lawsuits that courts consider counterfeiting a serious issue and are prepared to order defendants to pay large sums of money. This decision should also serve as notice to all who traffic in counterfeit goods that Coach will vigorously pursue you, and will win.” 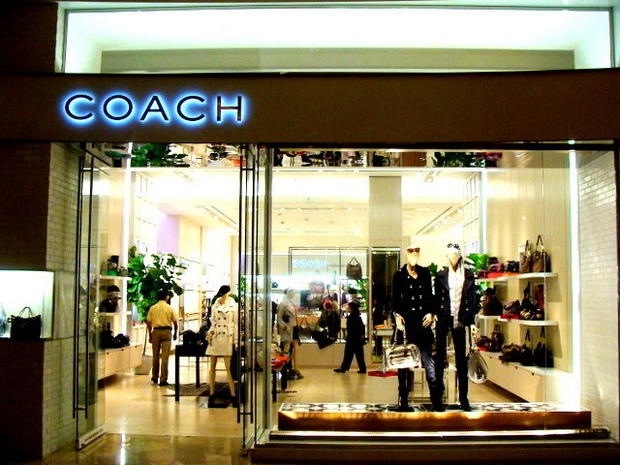