Books and stationery retailer WH Smith Plc said it expects full-year results to be at the top end of market expectations and announced a fresh share buyback programme of up to 50 million pounds ($79.02 million).

The company said the board has decided to commence the share buyback for the financial year ending Aug. 31, 2013. It completed a similar share repurchase programme on Aug. 7.

The company, which operates over 1100 stores primarily in the UK, said its travel and High Streets businesses remain highly cash generative.

WH Smith will announce its preliminary results on Oct. 11.

The company’s shares, which rose 22.5 percent in the last year, were up about 4 percent at 607 pence at 0704 GMT on the London Stock Exchange. 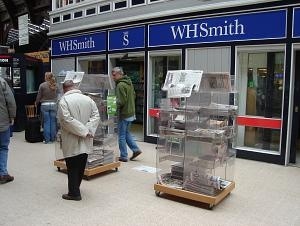