A multimillion dollar Bahrain mall project faces an uncertain future and may be scrapped following a dispute between the local council and the parliament over plans for the derelict site, it was reported at the weekend.

Plans for the mall were thrown into disarray after Bahrain’s Municipalities and Urban Planning Affairs Minister Dr Juma Al Ka’abi was forced to intervene in a row between the Manama Central Municipal Council and Bahrain parliament over plans for the site, Gulf Daily News reported.

An investor had already purchased the land, which was valued at around BHD8m (US$21m) and was the site of the old Batelco headquarters which had been empty and derelict for decades.

However, MPs have argued that the site should instead be turned into a public park for local residents. As a result of the feud, Al Ka’abi has halted the plans until a solution can be found.

“We have been put in a difficult situation and that’s finding a balance between the demands of the council and parliament in regard to this plot of land that everyone wants to see developed,” he was quoted as saying by Gulf Daily News.

“I have decided that the mall project can’t go ahead because the place is residential and can’t take any more traffic or parking problems, besides the plot is the only available land for us to carry out any municipal project,” he added.

The minister is now considering a number of different options: relocating the mall project to another site or revamp the plans to incorporate more green space with family recreation and leisure elements.

The mall is the latest development in Bahrain to face an uncertain future after backers were forced to amend their plans.

Last week it was revealed plans for a US$63m park in Bahrain, which were due to include the country’s first full-size ice arena, an aquarium, aquamarine centre, karting track and amusement rides, has been thrown in jeopardy after officials said the plans contained too many commercial elements.

The Muharraq Grand Garden, located near Bahrain International Airport, was due to contain garden space of 93,000 sqm and built up areas, including restaurants, a fitness club and gym, an elderly centre and family resting areas.

The Muharraq Municipal Council has ordered developers to revamp the designs to include less commercial retail elements, the Trade Arabia news outlet reported. 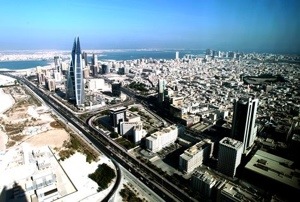