Co-operative Food has revealed that it is on target to launch more than 80 stores in 2012, and invest over £260m on expanding and developing its food store estate.

The Co-operative is ramping up its activity and will launch, on average, more than two Food stores every week before the end of the year, as part of its ongoing acquisition strategy, which has already seen 49 stores launched to date. This year alone The Co-operative has exchanged 35 contracts, and completed 52, as well as extended two stores and relocated a further eight.

At the start of the year The Co-operative also acquired Scottish convenience retailer David Sands Ltd, and it’s 28 food outlets located in Fife, Kinross and Perthshire, which are currently being rebranded.

The Co-operative, which is the UK’s fifth largest food retailer, said it is focusing on stores, either leasehold or freehold, between 2,000 sq. ft. and 18,000 sq. ft. particularly in high street and local community locations.

Stuart Hookins, Head of Portfolio Strategy, Acquisitions and Disposals, The Co-operative Food, said: “It has been another very busy year for us and our continued activity in the market place highlights our ambitions to expand our food store estate.

“We are focused on the convenience sector and are on target to launch 83 food stores this year, following the massive capital investment of more than £260m. With even more acquisitions in the pipeline we are in a very strong position, putting us at the forefront of the convenience market.” 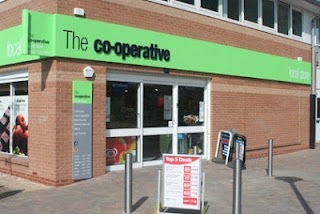