A new era for Kiddicare and Morrisons will begin this week when internet-focused Kiddicare opens the first of ten new superstores on Wednesday.

The new store in Nottingham is part of a drive by grocery chain Morrisons to establish Kiddicare as the biggest baby retailer in Britain.

It paid £70m to buy Kiddicare last year – its first significant move into ecommerce – and then snapped up ten empty Best Buy stores earlier this year after the US retailer scrapped its attempt to break into the UK market.

Apart from a single store in Peterborough next to its headquarters, at the moment Kiddicare sells its buggies, high chairs and clothing over the internet.

Two more stores will open before the end of the year, with the rest in 2013.

Scott Weavers Wright, chief executive of Kiddicare, said: “This is huge for us. We are a £55m to £60m business today. I am expecting to double business within 12 months. I am looking for £200m within three to four years.”

Mr Weavers Wright said he was taking a “multi-channel attitude” to the profitability of stores, meaning that he expects many consumer to buy goods online after visiting stores and therefore will judge stores on their service, not their sales.

“They will stand on their own two feet, the business will be modelled and need a return. But I am not particularly fussed about individual stores. We will rates stores not on sales, but on service,” he said.

Nonetheless, Mr Weavers Wright expects Kiddicare to be profitable within 12 to 18 months.

“The business model is secure and solid. We will push forward,” he said. “For a first-time mum it’s all about touch and feel. We are not frightened of Best Buy’s problems – Amazon came in and undercut their prices. Mum wants expertise guidance – that’s what we provide.” 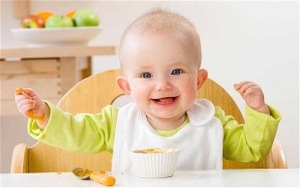