Pure play e-tailer Amazon is considering a bid on fashion e-tailer Asos, according to reports, with the former seeking to strengthen its position in the burgeoning fashion market.

According to The Telegraph, Amazon founder Jeff Bezos met with Asos’ CEO Nick Robertson and looked at its books earlier this year, following increasing competition from rivals aiming to increase pressure on the ever-growing company.

Last week, struggling retailer HMV announced that it is trialling an online marketplace offer to compete with rivals while US bookseller Barnes & Noble has partnered with UK retailers including John Lewis and Dixons, which will see its e-books enter the UK market in direct competition with Amazon’s Kindle family.

Earlier this month, former Amazon MD Brian McBride, who had been with the e-tailer for six years, was announced as Chairman of Asos as Lord Waheed Alli stood down and Robertson said that the company was undergoing exciting changes as it moves to internationalise its business.

Speaking at the time, McBride noted that “Asos shares many of the attributes that have made Amazon a global retailing powerhouse”, and in recent financial results the fashion specialist revealed a 15 per cent boost to UK retail sales to £49.9 million for its last quarter.

Some experts have warned that Asos’ growth in the UK may in fact be slowing compared to its overseas operations which saw sales grow nearly 40 per cent, though its strong brand offering from the likes of Barbour and Ralph Lauren is said to have peaked Amazon’s interest as it attempts to distance itself from its discounted books offering.

Asos’ market capitalisation stood at around £2 billion at the close of markets last Friday, The Telegraph reported, as a result of its rising share price. 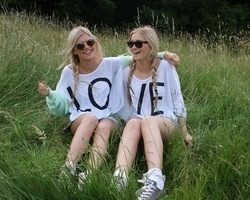