The company, which began trading in Ireland a year ago, said it would mean an investment of close to €3 million in the economy. The stores will be opened in its next financial year, which begins in April.

The company has already opened 20 stores in the Republic, with the last one in Midleton, Co Cork, creating 30 jobs. It plans to open more before the end of March, including a store in Dún Laoghaire and another in Clonmel.

“Given that employment figures are so low in Ireland, we are delighted that we can offer even more people a job as each new store creates job opportunities across Ireland,” said chief executive Jim Murray.

The discount retailer said it had already served more than four million customers in its first year of trading.

The company offers a large range of branded goods at low prices, with nothing in the Irish stores costing more than €1.49.

Dealz is owned by British retailer Poundland and has over 350 UK stores. 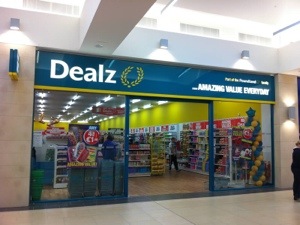