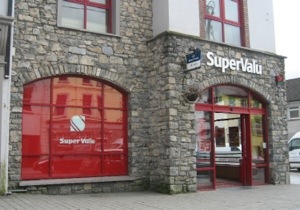 Musgrave, which controls the Supervalu brand, acquired premises in Thomastown, Co Kilkenny, and in Clonmel, Co Tipperary, from receivers who were appointed to the businesses last year.

The Clonmel premises was previously controlled by a company part-owned by John Ronan, the owner of the controversial Vita Cortex foam manufacturing factory in Cork. Workers from the Vita Cortex plant were involved in a sit-in last Christmas that lasted 161 days after it closed down.

They were protesting because Vita Cortex said it didn’t have funds to make redundancy payments to the workers.

A confidential deal was eventually brokered in May this year with Mr Ronan agreeing to what was described as a “significant improvement” on an earlier deal that he offered.

The Supervalu premises in Kilkenny was run by GBC Supermarkets, a company that had been controlled by John Fraher and John Ronan.

One of their firms had also developed the site. The companies had been unable to service loans that had been held with AIB and Bank of Ireland.

The Supervalu in Clonmel had been operated by a firm called Peleton, also placed in receivership last year. Peleton was part-owned by Mr Ronan.

It had been put up for sale by receiver for NAMA, Declan Taite of RSM Farrell Grant Sparks.

“This is an extremely positive result for the employees and management of the two supermarkets as the local employment is protected,” said Mr Taite yesterday.

It’s not the first time that Musgrave has stepped in to acquire Supervalu premises that became bogged down in owners’ financial difficulties.

One of the country’s busiest Supervalu stores – in Churchtown, south Dublin – was placed in receivership on instructions from Bank of Scotland (Ireland) last year after its owner, businessman Jim Treacy, got into financial difficulties related to a luxury £35m (€43m) golf resort in Northern Ireland at Lough Erne.

That development will play host next year to world leaders including US President Barack Obama and Russian President Vladimir Putin for a G8 meeting. The Lough Erne development is currently for sale.

Mr Treacy said that he put about £10m of his own money into the development.