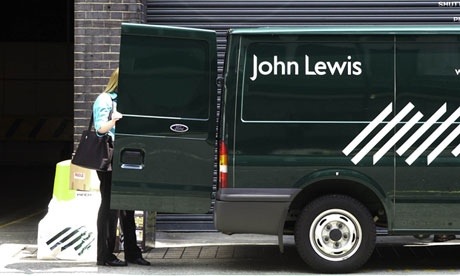 John Lewis is to extend the reach of its online empire via a network of thousands of corner shops.

The department store is joining the Collect+ scheme, which allows shoppers to pick up and return items bought on the internet at up to 5,000 independent retailers. John Lewis customers will be able to collect items at about 1,000 of those outlets in Scotland, Northern Ireland and south-west England from this autumn for a charge of £3. They can return goods via the entire network of Collect+ stores for free from this month, in a move that will give John Lewis its first physical presence in Northern Ireland.

The deal comes ahead of the arrival of Mark Lewis, the former boss of Collect+, as head of online for John Lewis next month. He helped build up the business, which is co-owned by in-store bill payment service PayPoint and distribution company Yodel, winning deals with the likes of Amazon and fashion e-tailer Asos, as well as John Lewis’s rival House of Fraser.

Andrew Layton, manager of omni-channel development at John Lewis, said its tie-up with Collect+ was intended to make shopping online easier because shoppers would not have to wait at home for goods to be delivered. “We know from research that if it’s not convenient, shoppers will look elsewhere,” he said.

So-called “click and collect” orders have doubled at John Lewis in the past year, accounting for 35% of online sales, after the department store allowed shoppers to pick up goods from its sister supermarket chain Waitrose last summer. Layton said he expected growth to continue strongly as click and collect encouraged existing customers to shop more frequently and attracted new customers.

About a quarter of John Lewis’s sales were taken online over Christmas, when online sales rose 44%.