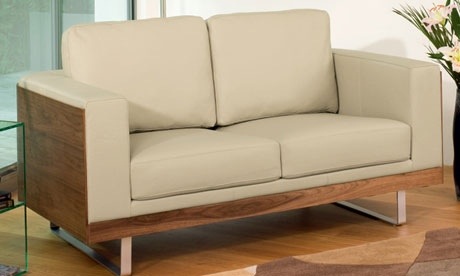 Leather sofa at Dwell. Photograph: Dwell
Upmarket furniture store Dwell is on the brink of collapse, putting at least 350 jobs at risk.

The 24-store retailer, which sells £300 designer coffee tables and £1,500 leather sofas, has hired advisers at Argyll Partners and accountants Duff & Phelps but has been unable to find a buyer. Duff & Phelps have reportedly been lined up as administrators, but it has yet to officially appointment them.

A collapse of the chain, which has a £34m turnover, would add to a long list of retail failures so far this year. Jessops, HMV and Blockbuster all collapsed in January and a month later fashion retailer Republic fell into administration. Dreams, Britain’s biggest bed retailer, was bought through a pre-pack in March. Collapses have led to more than 6,000 job losses.

Entrepreneur Aamir Ahmad founded Dwell as a mail-order business in 2003, and has been looking to wrest back control since leaving the business late last year.

A spokesman for Dwell said: “There has been a significant amount of press speculation on the future of Dwell over the past couple of weeks. The business has been working with its advisers, including Argyll Partners and Duff & Phelps, to secure further working capital for the business and is currently talking to a number of interested parties who see the value of the Dwell brand and product, its customer base and its multichannel proposition.

“Dwell continues to trade as usual and fulfil customer orders. The business has not appointed administrators.”

Dwell Retail Limited was established in 2002 and losses for the three years to January 2012 were £5.6m. Independent analysts at Company Watch put the negative working capital at £5.6m as of January 2012 with a negative net worth (assets minus liabilities) of £4.7m.

Company Watch, a consultancy which predicts which companies are at risk of going bust, said Dwell has been “on the radar as a potential casualty” for some time.

“It seems to have had problems in attracting the attention of sufficient customers to generate the cash,” he said. “Operating in a particularly cut-throat retail sub-sector with such frail financial resources is always going to be a long odds bet.”

One thought on “Upmarket furniture store Dwell close to collapse”