Despite the volatile economy in Spain, Coach Inc. is gearing up to open its first flagship in Madrid this November.

Located in Salamanca, a district likened to the Champs-Elysées in Paris or Fifth Avenue in New York, the new 3,000-square-foot store marks the brand’s second location in the city.

Coach, which entered the Spanish market in October 2010 through a partnership with El Corte Inglés, operates shops-in-shop in Barcelona, Madrid, Marbella and Valencia.

According to Ian Bickley, president of Coach international, the brand has developed a strong following in Spain, despite the ailing economy there.

“There’s no doubt that the economic backdrop in Spain has been quite tough,” Bickley told Zee. “We entered the market in 2010, and we’ve been building a strong following with local consumers since. We see the brand resonating. We’ve really succeeded in building fashion credibility with influencers in Spain, such as Princess Letizia of Asturias.”

Although Bickley declined to quantify that success numerically, he did note that comparable-store sales in Spain have been positive during the slowdown.

For Coach, the space will give it the opportunity to “express” its DNA by showcasing both men’s and women’s lifestyle collections, which includes shoes, apparel, handbags and jewelry, the exec said.

Designed by the Coach Architecture Group, the store, which is located at Serrano 22, will retain the building’s historic details, such as original ornate ceilings, plaster columns and marble floors. 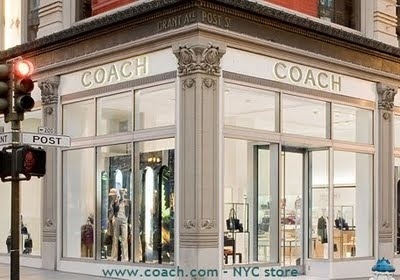