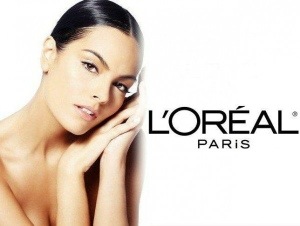 L’Oreal SA, (OR) the world’s largest maker of cosmetics, agreed to buy Magic Holdings International Ltd. (1633), a Chinese maker of cosmetic facial masks, for about HK$6.54 billion ($843 million) in cash to expand in Asia.
L’Oreal will pay HK$6.30 per share for Hong Kong-based Magic, the companies said in a joint filing yesterday, a premium of about 25 percent over the last trading price of HK$5.05 a share. Magic will resume trading in Hong Kong today.
Magic had sales of 150 million euros ($199 million) in 2012, according to an e-mailed statement from L’Oreal, which said facial masks are one of the fastest-growing areas with “very promising development prospects.” L’Oreal last month posted sales growth that missed estimates amid the weakest performance in North America for two years while first-half sales in the Asia Pacific region rose 5.1 percent.
“Not only does this give L’Oreal leadership in a fast-growth category but also provides Magic Holdings 12,471 points of sale spread over 23 provinces,” said Chas Manso de Zuniga, an analyst at Societe Generale SA. “This should allow L’Oreal to accelerate the growth of its own brands in China through a greater distribution reach.”
Paris-based L’Oreal is paying 20 times Magic’s 2012 earnings before interest, taxes, depreciation and amortization, Manso de Zuniga estimated.
“L’Oreal intends to develop this Chinese brand by contributing its science-based expertise and using its advance and applied research in its China Research & Innovation center and across the world,” L’Oreal said in its statement. L’Oreal has 3,500 employees in China, a country it entered in 1997.
BNP Paribas SA, which advised L’Oreal, has also offered the French company a credit facility worth 650 million euros to pay for the transaction, according to the filing.
L’Oreal said Magic’s board and shareholders, representing 62 percent of the company’s equity, support the proposed deal.