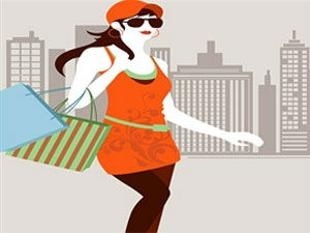 MUMBAI: Iconic American brand ‘The Limited’ is planning to enter India by opening over five stores early next year joining the league of its global rivals such as Zara and Forever 21 in the country’s women wear market worth Rs 78,500 crore.

Founded in 1963, the women apparel label was the foundation brand for Limited Brands, a retailing empire that now includes the Victoria’s Secret and Bath & Body Works and remained part of that enterprise until five years ago when it was acquired by the investment firm Sun Capital Partners, Inc.

“We are helping the brand enter India through licensing where the partner will open stores as well as produce the garments in India. Within the high-fashion market, the positioning is somewhere between Mango and Zara ,” said Gaurav Marya, founder of Bradford Licensing which is helping the US brand find a company that can produce quality merchandise within India and also roll-out large number of stores.

Since the last few years, a host of global brands have entered the women wear market including Zara and Vero Moda which has been growing at a fast clip.

In fact, Marya attributes the timing of India entry launch to relative success of Zara which clocked sales of Rs 405 crore during financial year ending March 2013 within four years of its launch in India. More than one dozen single brand retailers are said to be sizing up the Indian market for entry, many of them in various stages of researching, partner scouting or filing for government approvals.

“The challenge will be to get the pricing and sizes right for Indian consumers.” According to a report by Boston Consulting Group last year, spends on apparel is expected to increase almost four-fold to $225 billion in India over the next seven-eight years.

After six years of restricting foreign ownership in single-brand retail companies to 51%, India removed this sectoral cap in January last year and allowed global firms such as IKEA and Zara, which sell a variety of products under a single label, to set up fully-owned companies in India.

However, the original policy change came with a requirement of 30% local sourcing, but the government last September diluted that condition after overseas firms raised concerns that it was not feasible.