Improvements in infrastructure have helped the UAE overtake South Korea, Chile and Malaysia in a poll ranking countries on the ease of entry for retailers.

The UAE rose four rungs to 11th spot on the annual league table compiled by the consultancy EC Harris.

The ranking of 48 countries is based on the quality of infrastructure, the capability of the construction supply chain, the legal framework, the quality of project delivery and the business environment.

The consultancy raised its ranking of the UAE’s infrastructure by 21 per cent from last year, while its rankings for most of the other categories remained broadly similar to last year’s. That reflects the country’s improving logistics facilities in areas such as Jebel Ali and Kizad.

However, the UAE’s rating for project delivery fell 15 per cent, as some planned retail schemes remained postponed because of the global financial crisis.

Chris Seymour, EC Harris’s head of UAE property, said retailers were increasingly seeing the benefits of expanding into the UAE and the Middle East because of the strong consumer base, high levels of wealth and established construction market.

“Successful retail expansion in the Middle East as a whole relies heavily on the pace of delivery of major programmes and a high-quality store end product,” he said.

Qatar, ranked number seven in the world, was the highest placed Arab country, according to EC Harris. That is a boost of four places from last year following an improvement in its project-delivery capabilities. In contrast, Saudi Arabia fell four places from number eight to 14, slipping slightly in all the categories.

Britain topped the poll this year, as its good infrastructure, legal framework and business environment continued to draw foreign retailers despite struggling high-street sales and the rise of internet shopping.

In contrast, last year’s winner, Germany, slumped into third place behind the Netherlands.

Russia placed last on the poll – behind the hard-to-enter markets of Argentina, Nigeria and Pakistan – despite its lucrative and expanding retail market and status as a so-called Bric (Brazil, Russia, India and China) country.

“While many of the top ranking countries – including those in the Middle East – are those with established markets and a well-developed consumer base, those that rank lower include developing Bric nations who pose greater risk and reputational damage to retailers,” Mr Seymour said.

In May, the property broker CBRE found that Dubai was the fourth most attractive city for retailers looking to enter new markets.

It had mapped the global presence of 320 retailers across more than 200 cities, and found that Dubai was the world’s second-biggest destination for retailers in which to operate, following closely behind London.

There were 25 new retailer entries into Dubai last year, including the American firms Franklin & Marshall and The Cheesecake Factory. 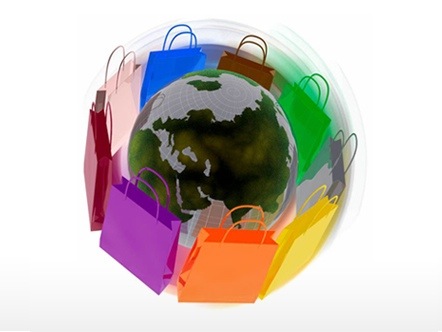