Monoprix, which has 500 stores in France, and 85 stores outside of France, sells international food, cosmetic and fashion brands and will take a 7,100 sq m store on the ground floor of mall which is scheduled to open in the third quarter of 2016.

Kareem M Shamma, CEO of mall owners BASREC, said: “This is yet another milestone for Doha Festival City and we are honoured to be featuring one of the most sought after names in French retailing.

“Monoprix’s presence comes out of a valued partnership with the Ali Bin Ali Group, which for generations has focused on bringing leading global brands into the local market.”

Upon completion, Doha Festival City Mall will be Qatar’s largest shopping mall with a gross leasable area of some 250,000 square metres.

It will house 550 outlets including 85 restaurants and cafes, the country’s first-of-its-kind Entertainment Zone, which will include VOX Cinemas and a snow park, and will feature around 8,000 parking spaces.

Phase one of the mall was completed last March and included the construction of Qatar’s first IKEA store.

Commenting on the partnership, Ali Bin Ali Group’s vice chairman Nabeel Ali Bin Ali said: “We have been very pleased at how the market has received the Monoprix brand and we have no doubt that its presence as part of Doha Festival City Mall’s offerings will be a crucial step in its growth.”

Vox Cinemas is also set to introduce a 16-screen cinema at the mall.

“We are excited to be partnering with such a high profile shopping mall in Qatar which is set to drastically change the country’s retail and leisure landscape,” added Christian Kestemont, general manager, Monoprix Qatar. 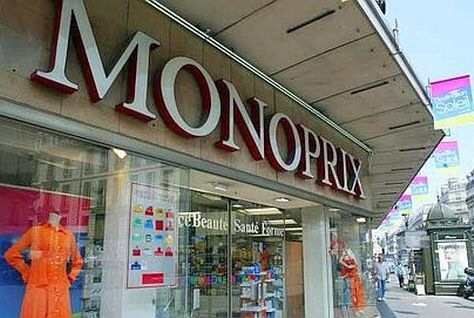