The stores, branded Cardmarket, will target the lower end of the market not covered by WHSmith’s branches.

Introducing cheap cards to existing stores could eat into premium card sales so the group has decided to launch a separate chain to increase its share of one of retail’s most resilient markets, its chief executive, Stephen Clarke, said.

He unveiled the plan as WHSmith announced pre-tax profit up 9% to £112m for the year ended 31 August.

Clarke said: “The card market has been stable for the last four or five years and sales have been particularly strong at the value end for cards costing 29p, 49p, 89p. It’s been partly a sign of the times. We have seen the emergence of value retailers across many aspects of the retail landscape. We want to see if we can create a standalone card shop selling cheap, value cards and make money.”

Clarke pointed to the growth of Card Factory, the no-frills card retailer that listed on the stockmarket this year. Card Factory achieved unbroken sales growth during the economic downturn that forced its more upmarket rival Clinton Cards into administration.

Card Factory’s success has been part of the budget retailing phenomenon that has gripped UK shoppers whose living standards have been cut by stagnant wages and rising bills. Aldi and Lidl, the German value grocers, have taken market share from the big supermarkets while Poundland and B&M, the discount general merchandise chain, have grown quickly.

Clarke said Cardmarket would be a low-risk experiment in short-lease, low rent locations and there would be nothing to let customers know the shop was owned by WHSmith.

WHSmith’s strong results were helped by rising sales and profits up 11% to a record £73m at stores in airports and stations. Profits at high street stores also rose but sales fell. Clarke promised £21m of cost cuts at the business in the next three years.

The savings will include renegotiating marketing contracts, using more energy-efficient bulbs in storerooms and giving store managers tablet computers so they can work more efficiently and spend extra time on the shop floor.

The group increased its annual dividend by 14% to 35.0p and said it would use its spare cash to buy back £50m of shares after completing an equivalent buyback launched a year ago. 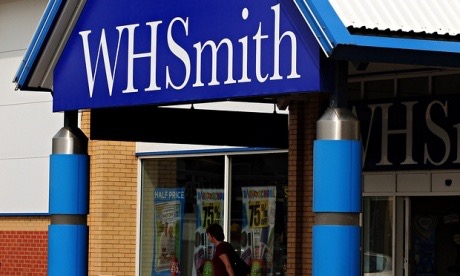