International fashion weekly magazine Grazia on Tuesday launched its global e-commerce platform, bridging the gap between shopping and editorial for its 432,000 readers.

The Silvio Berlusconi-owned Mondadori Group on Monday announced that through its Grazia International Network, the magazine would add e-commerce fashion to its media platform, which already included print, web, social networks and television.

“The Grazia brand, an interpreter of Italian fashion and style around the world, has, in just a few years, become the centre of a global multi-channel system in 23 countries with over 17 million readers and 16 million online users,” declared Ernesto Mauri, chief executive of the Mondadori Group.

Mauri described the extension of the Grazia brand into e-commerce as “an area that fits perfectly with the identity of Grazia, with the aim of reaching an even bigger overall audience.”

Graziashop.com will stock products from over 250 international designers, as well as selling one-off items, limited editions and exclusive collaborations. The international editions of Grazia will also integrate the Graziashop.com catalogue within their websites, offering readers what Grazia sees as a ‘360 degree’ experience of the brand. 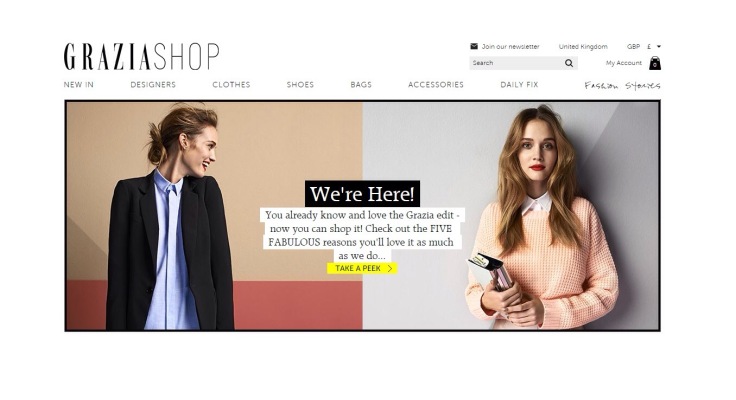