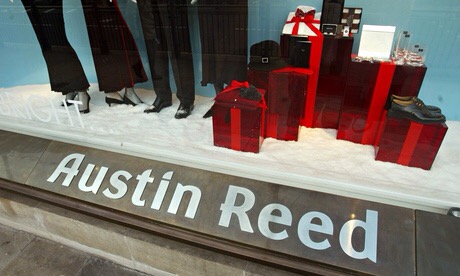 Austin Reed Group is set to close 31 stores and receive a £3m cash injection from shareholders under a deal with creditors to rescue the tailoring brand, which counts IMF chief Christine Lagarde among its customers.

The 114-year-old, privately owned company, which also owns Viyella and CC (previously Country Casuals), is hoping to strike a deal with landlords in which they would accept a fifth less rent on 35 stores and 50% less on a further 31, which however are then likely to close after six months.

Under a company voluntary arrangement (CVA), a controversial type of restructuring scheme, a further 166 stores would continue to trade as normal, including Austin Reed’s flagship store on Regent Street in London.

Creditors, mainly landlords, are due to vote on whether to accept the company’s proposals on 5 February.

Nick Hollingworth, chief executive of Austin Reed Group, said: “The decision to close some stores was not taken lightly, but we cannot continue to operate those within our portfolio that are loss-making.”

Neville Kahn and Rob Harding of Deloitte, the accountancy firm, have been appointed to oversee the CVA, which comes after Austin Reed fell into pretax losses of £1.29m in the year to January 2014, according to accounts filed at Companies House.

Kahn said: “The proposals to landlords are a necessary step to provide a sustainable platform for the business. As with a number of retailers in the current market, the group has a traditional bricks-and-mortar portfolio in an increasingly multi-channel environment.”

CVAs, which have been used by Fitness First, Clinton Cards and JJB Sports in recent years, are controversial because, unlike administrations, they allow business owners to offload unprofitable stores while retaining control of the company. But Kahn said the indications were that Austin Reed had support from creditors.“We consider the proposed CVAs to be fair and in the best interests of all stakeholders, providing certainty for landlords, and an ongoing future for the business,” he said.

Austin Reed Group is owned by Darius Capital, a group controlled by property tycoons Guy Naggar and Peter Klimt, who were previously involved in the now collapsed investment company Dawnay Day. Dawnay Day, which once owned the Chez Gerard restaurant chain, bought Austin Reed, then listed on the London Stock Exchange for £49m, in 2006.

The tailoring brand, whose customers have included Winston Churchill and Elizabeth Taylor, moved out of its vast London flagship at 113 Regent street in 2011, exchanging it for smaller premises over the road.

One thought on “Austin Reed to close 31 stores under restructuring”