According to several sources, many people on Thursday lost their jobs at Yahoo.

Management is describing the firings as part of an organizational realignment, or restructuring, and not as a general layoff.

It is unclear how many people are being fired. The cuts are across multiple groups.

A source close to Yahoo employees tells us, “People [are] kind of shell-shocked.”

We have heard that some of the cuts are coming in Mike Kern’s group. He is the senior vice president of product homepage and verticals. We’re told that engineers are not being let go, but product managers, designers, and program managers are.

One source, who is in touch with Yahoo employees but not one of them, told us that dismissed employees were being offered two months’ severance, though their 2014 year-end bonuses are being withheld.

We reached out to Yahoo for comment on this story and will update it with any response.

CEO Marissa Mayer has been under pressure to cut costs at Yahoo since before she formally accepted the job in 2012. Instead of deploying broad layoffs, Mayer has favored a system that ranks employees and dismisses those with poor scores.

However, Yahoo’s year-end is upon us, and it is possible that Thursday’s widespread firings are part of that program.

The system is unpopular with many employees. In 2013, employee gripes over it culminated in a meeting in which Mayer read to employees from a children’s book. 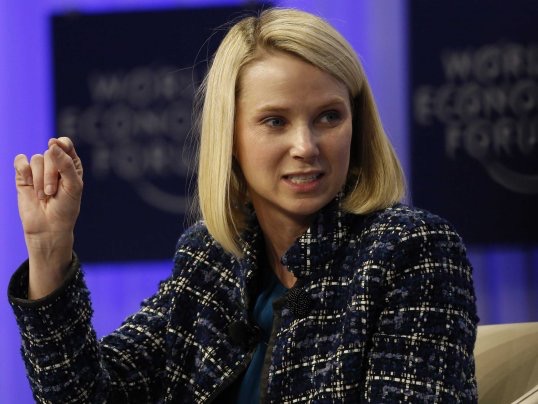