It was a “memorable day” for Marks & Spencer, according to chief executive officer Marc Bolland. After a fifteen year absence, the department store group has return to Belgium with the opening of its newest store on the Guldenvlieslaan street in Brussels. The 5,000 square meter store is part of the previously presented ‘Bricks & Clicks’ strategy Marks & Spencer has launch to enable its successful expansion.

“There is no specific reason as to why we left Belgium,” explains Costas Antimissaris, Director for International Business Development at M&S. “Our focus back then included our home market in the UK. Marks & Spencer launched a local website for Belgium in November 2012 and afterwards we decided to start looking for a city to open a flagship store. It rapidly became clear that Brussels was the most suitable place for us.” Antimissaris believes that the capital is a focal point for Western Europe. “A vibrant international community lived in the city. Many tourists come here as well and they can all take a look in our store now.” 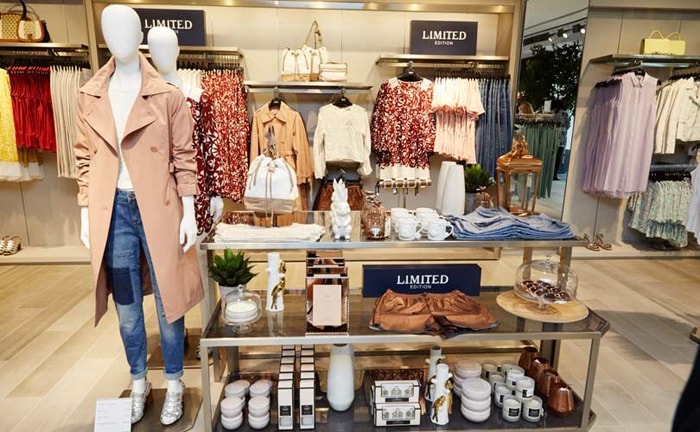 The department store is keeping quiet for now on plans regarding additional store openings in Belgium, although the group previously announced plans to open 250 new stores by 2017 last April. Marks & Spencer aims to increase its store presence in all existing markets, but is currently focusing on expansion in key markets like India, China, Russia, the Middle East and Western Europe. “We do not want to open too many stores,” points out Antimissaris. “That does not fit within our Bricks & Clicks strategy. Our main goal within Western Europe is to have a number of prominent flagship stores, like the ones in the Netherlands and France, to ensure we can continue playing in the ‘Champions League of Retail.'”

The goal of M&S ‘Bricks & Clicks’ strategy is to seamlessly combine its online platform with its physical stores. The new flagship stores, such as the one in Brussels, incorporate this and offer the department store group’s full product range. “We have been investing heavily in our online business over the past few years. We worked together with Amazon, up until last year. We have launched our own online platform in the UK since then and we currently manage our International websites from the old and new platforms. The aim is to localize our overseas sites through language, currency and prompt delivery.” Both online and offline stores are equally important for M&S, according Antimissaris.

Despite the numerous investments and changes introduced during Marc Bolland’s reign, it has taken the department store group sometime for these changes to begin bearing fruit. Last year saw M&S report a drop in profit for the third consecutive year. In the thirteen weeks to last Christmas, sales for general merchandise which includes fashion and apparel, declined 5.3 percent. But M&S has managed to turn things around since then and figures for the latest quarter are said to look much rosier, according to Antimissaris. 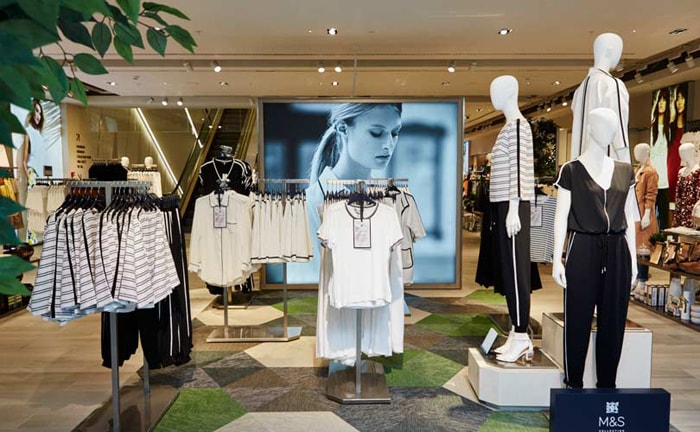 “The sales have done well. The general merchandise category was affected last year by issues regarding design as well as the distribution center. But we have paid close attention to those areas since then and this paid off last quarter. Developments within our online arm led to a small dip, but we have seen figures increasing again. So things are going well, but not as well as we would like although I am sure good news is on the way.”

However, we will have to wait until May 21 to see if M&S really has been as successful during its last quarter as Antimissaris says, when the group publishes its quarterly results. In the meantime locals and visitors can pay a visit to M&S newest store and enjoy a quiet cup of coffee.