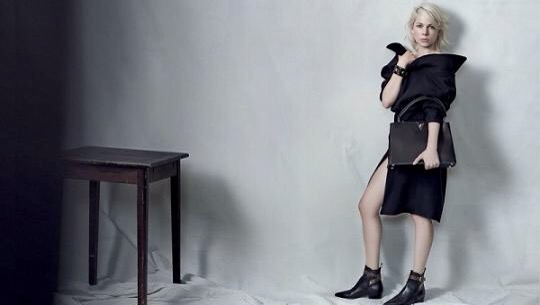 Louis Vuitton and Chanel were the only big luxury brands to increase in value last year as the industry grappled with slowing sales in China and Russia, research company Millward Brown said Wednesday in the 2015 BrandZ study.
Vuitton gained 6 percent to $27.4 billion, placing LVMH Moet Hennessy Louis Vuitton SE’s biggest brand atop the luxury ranking for the 10th straight year. Chanel’s value rose 15 percent to $9 billion, propelling it to fourth in the list behind second-place Hermes and Kering SA’s Gucci.
The value of the top 10 luxury-goods brands — based on interviews with more than three million consumers and an analysis of companies’ performance — fell 6 percent, or $7.1 billion, to $105 billion as companies from Prada SpA to Cartier declined.
Spending on lavish gifts has fallen in China as the government clamps down on corruption, while Russia’s shoppers are suffering from the ruble’s depreciation and sanctions tied to the conflict in Ukraine, Millward Brown said. At the same time, efforts to appear more exclusive have created opportunities for cheaper brands such as Michael Kors and Tiffany, which finished in the top ten for the first time, the researcher said.
Chanel and Louis Vuitton fared better than their peers thanks to their unique approach, according to Elspeth Cheung, Millward Brown’s Global Brandz Valuation Director. Chanel has harmonized prices across regions, encouraging more in-store consumption, Cheung said. And Vuitton has successfully revitalized its brand with a fresh take on its original LV monogram.
The worst performers were Cartier, whose value decreased 15 percent to $7.6 billion, placing it sixth, while Prada slumped 35 percent to $6.5 billion, according to the study. An overly expensive product mix and lack of novelty at Prada have led shoppers to spend elsewhere, analysts at Exane BNP Paribas have said.
Hermes’s value fell 13 percent to $18.9 billion and Gucci declined 14 percent to $13.8 billion, according to the study. Rolex fell 6 percent to $8.5 billion, placing it fifth. Rounding out the top 10 most valuable luxury brands were Burberry in eighth, and newcomers Michael Kors and Tiffany.
The luxury ranking is part of a broader study commissioned by WPP Plc, the advertising-company parent of Millward Brown. Apple Inc. overtook Google Inc. as the world’s most valuable brand with its estimated value rising 67 percent to $247 billion, Millward Brown said. Google’s value gained 9 percent to $173.7 billion.
Vuitton ranked 34th in brand value across all industries, compared with 30th last year.