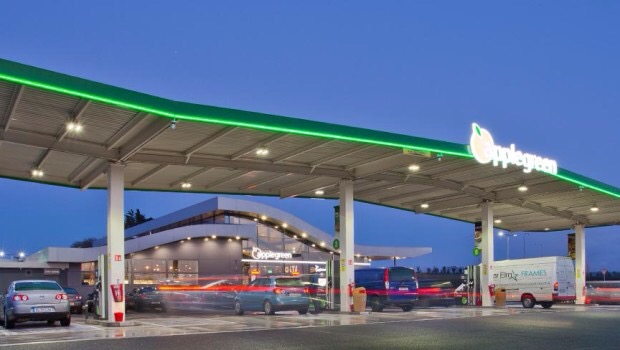 The sale of shares in Irish service station operator Applegreen has raised €91.7 million in an initial public offering (IPO).

Shares in Applegreen began trading on Friday in a move which has snared €70 million for the company and €21.7 million for its selling shareholders, The Irish Times reports.
Approximately 24.1 million ordinary shares were placed with investors to start trading on Friday (19 June) on the junior ESM market in Dublin and the AIM in London. The placing, which was priced at €3.80, was made up of 18.4 million new shares and 5.7 million sale shares.
Founded and owned by Bob Etchingham and Joe Barrett, Applegreen has said it will use the net proceeds to “accelerate the expansion” of its estate in Ireland and the UK. The company also intends to “upgrade and rebrand a number of existing sites”.
Applegreen currently holds a 12% share of the Irish fuel market and is the number one operator of motorway service stations here. It holds franchises for Subway, Costa Coffee, Burger King and Greggs, among others.
Commenting on the flotation, chief executive Bob Etchingham said: “I am delighted to announce the successful completion of our IPO and our first day of trading as a listed company. We are very pleased with our list of new institutional shareholders. Their support provides further endorsement of our strategy and our growth prospects.”
Applegreen’s earnings before interest, tax, depreciation and amortisation amounted to €22.8 million on revenues of €973.3 million in 2014.
Etchingham and Barrett retain a 69.4% shareholding in Applegreen after the flotation. These shares are held through a company registered in Malta. called B&J Holdings Ltd.