Shops at airports are facing a consumer revolt over claims that retailers are asking customers to show boarding cards to avoid paying VAT without passing discounts on to customers.

Customers of prominent stores including WH Smith, Boots and Dixons have pledged on social media not to show their boarding passes at airports and urged their followers to do the same.
They have also been demanding answers from the stores about whether they are passing on to customers the VAT savings they make at airports. 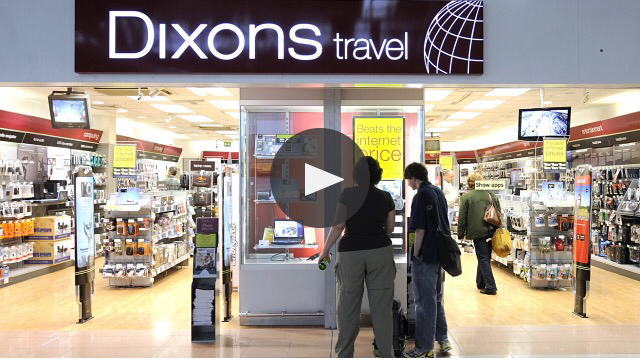 There is growing concern that information on boarding cards is being used to claim VAT relief on sales to travellers leaving the EU.
Retailers do not have to pay 20% VAT on goods sold to customers travelling outside the EU.
The revolt comes after Treasury minister David Gauke said some retailers were not passing on savings to customers. Speaking to the Independent, he said: “The VAT relief at airports is intended to reduce prices for travellers, not as a windfall gain for shops.
“While many retailers do pass this saving on to customers, it is disappointing that some are choosing not to. We urge all airside retailers to use this relief for the benefit of their customers.”
The shadow culture secretary, Chris Bryant, was among those on Twitter saying he would refuse to show his boarding pass at airport stores.
— Chris Bryant MP (@RhonddaBryant) August 12, 2015

I’m certainly not showing my boarding pass to airport retailers. What message must this send to tourists? Rip-off Britain?
At Heathrow on Wednesday, passenger Owen Evans, 32, blamed the government for not preventing retailers from taking advantage of the loophole.
“It should be made illegal,” he said. “If the shops are playing the system, it’s the government’s fault for allowing them to do that. Anyone would do that if it’s legal. Obviously you want to do the best for your business. But obviously it’s not providing the best service for your customers.”
Jonathan Stanton, head of digital retail at Nintendo and a regular traveller, said he wanted the VAT he had paid in duty-free shops to be refunded. He said he felt cheated. “It’s unfair if they pocket the money,” he said. “It’s basically the VAT that we pay and they are pocketing it.

“It doesn’t make any difference to me today, but I have just come back from LA and I’m going to New York in a few weeks. I would probably like them to give me the VAT back at the point of purchase.”

Of the boarding card checks, he added: “I thought it was just a security requirement. It was never explained to me at the time.”
A spokeswoman for Boots said customers were asked to show boarding cards at airports. She said: “It is not compulsory to ask for [boarding cards] so if someone doesn’t want to show it we won’t force it.”
In a statement the company said information on boarding passes was used to ensure accurate accounting. It said: “Our airport store teams are asked to request and scan boarding cards to ensure the accuracy of our accounting records, which includes the accurate reporting of VAT. We request our customers’ boarding cards so that our VAT accounting is in line with the HMRC’s requirements.
It added: “The HMRC and airports accept that this is general practice for all retailers located within airport terminals. Our pricing in airport stores is consistent with our London prices and VAT is not taken into account when setting prices of products. Showing a boarding card is not a compulsory requirement and any of our customers that do not wish to share this information can shop with us without the boarding card being scanned.”
A former WH Smith employee at Manchester airport, who did not wish to be named, told the Guardian that store staff were told to check boarding passes as part of an unexplained “survey”.
She explained: “When processing a purchase airside, a window on the till pops up that had two options: EU or non-EU. There’s no apparent way to bypass this screen and you couldn’t proceed to payment without pressing an option, which means we were always pressed to ask for the boarding card. I was told that if customer didn’t have their boarding pass on them or refused to show it, to select the non-EU option as a default. It was never explained to me what the actual reason behind this procedure was, just that it was some sort of survey.”
The shopworkers’ union Usdaw urged customers at airport shops not to take out their frustration on store staff.
A spokesman said: “Checkout operators are only asking for boarding passes because they are required to by their employer. So whilst customers may choose to not comply with this request as a protest, I hope they will do so politely and in a way that respects shopworkers. Over two-thirds of retail staff are verbally abused by customers and we wouldn’t want this issue to contribute further to that worrying statistic.”
WH Smith confirmed that staff in its airport stores requested customers to show boarding passes, but conceded: “There is no obligation on the part of the customer” to do so.
It said dual pricing would be impossible to implement, even though many duty-free shops already display two prices – one for those flying within the EU and a lower price for those flying outside the EU.
WH Smith said: “Whilst much of what we sell, eg newspapers, magazines and books, is fixed price and does not attract VAT, any VAT relief associated with the identification of customers travelling outside of the EU is reported in accordance with UK legislation, and any relief obtained is reflected in our single price and extensive promotional offers provided to all of our customers. Operational and financial system constraints make any form of ‘dual pricing’ for our extensive product file a practical impossibility.
“The destination data, regardless of whether it is to the UK, EU or beyond, allows WH Smith to analyse the purchasing trends by time of day and by product category for customers travelling to different locations, and assists us in product ranging and placement decisions at our airport stores. This information is limited to the IATA three-digit destination airport codes, which form the basis of IATA’s worldwide airport database and does not give access to any personal data of WH Smith customers.”
Customers have expressed frustration at WH Smith’s refusal to offer dual prices.
— Stuart Menges (@bluestulondon) August 12, 2015

@WHSmith Impossible for you to have dual pricing in airports? You do already if you pay VAT on EU flights & not elsewhere. One giant scam.
Others were annoyed at being directed to WH Smith’s self-service checkouts where it is impossible to buy items, including newspapers which are VAT-free, without scanning a boarding pass.
— Rich (@claireandrich) August 12, 2015

@skynews whsmith self service require a boarding pass to scan-otherwise you can’t buy it-more expensively than the high Street.
A statement from Dixons Travel confirmed that its customers were also asked to show boarding passes, but added that “this is only on request and has not caused any reported issues”.
It said its airport stores followed standard practice by offering a single price for products for passengers to both UK and EU destinations.
Many Twitter users have vowed to refuse to show boarding passes at airport stores. They included the classical music broadcaster Petroc Trelawny.
— Petroc Trelawny (@PetrocTrelawny) August 12, 2015

oh to fly somewhere again so I can enjoy the small pleasure of refusing to show my boarding pass when I buy essentials at Boots and Smiths
Here’s a sample of others:
— Kevin Moore (@unfkblvbl) August 12, 2015

Quite looking forward to refusing to show my boarding pass at WH Smiths or boots when I go to the airport next week
— George Preston (@YourLocalGP) August 12, 2015

@WHSmith going through Heathrow this morning. Following VAT revelations in news this morning,in your stores do I HAVE to give boarding pass?
— david oliver (@mancunianmedic) August 9, 2015

@BBCBreakfast I declined to show boarding pass at Dixons, LGW last month. Was told ‘it is the law’ – would not process sale without it.
In a email to the Guardian, Fowler added: “I flew out of Gatwick last month and needed a pair of headphones. When asked by Dixons staff for my BP I said I would rather not show it, which I think flummoxed them. I was told that they couldn’t process the transaction without it. I said that I wasn’t required to show my boarding pass and that’s when I was told ‘it’s the law’.
“After an ‘it’s not’, ‘it is’ exchange, I left the headphones on the desk and walked away wondering whether the staff actually believed that it was the law or whether that was the line they were asked to tow [sic] by management.”

@Peston I bought a bottle of water at Gatwick airport and questioned why I had to show my boarding pass in Boots. They were not impressed.