Asda has had its worst sales performance in its 50 year history, hit by ferocious competition for customers in which rivals have slashed prices and issued millions of discount vouchers.
Asda boss Andy Clarke insisted the supermarket had reached its “nadir” and would bounce back after revealing a 4.7% fall in sales at established stores in the three months to 30 June.
The decline cements Asda’s position as the worst performer of the UK’s big four grocers, which have all recorded falling sales amid a slide in the cost of food commodities and a price war sparked by the rising popularity of discounters such as Aldi and Lidl.
Last month, Asda lost its position as the UK’s second-biggest supermarket to Sainsbury’s. In May, it had revealed a 3.9% fall in sales at its established stores for the 15 weeks to 19 April, already the Walmart-owned chain’s worst sales figures since the 1990s.
Clarke said: “The market is in exceptionally challenging times … We have certainly hit our nadir. Every business has got to have one and this is ours. We are on an upward trend and we have got positive green shoots [in the coming quarter].”
He hinted that the retailer was seeing a rise in underlying sales and dismissed rivals’ price cuts as a “short-term position to drive traffic”, which could not be sustained.

Clarke, the longest-serving boss of the major UK grocers, said Asda had the right strategy, despite the performance slipping further from the previous quarter.

He said the US owners were right behind him and any rumours that he was under pressure to leave were wrong. “Let’s silence that one. I’m here presenting today’s results and I’m here to stay,” Clarke said. “[The strategy] is working and we are wholly committed, as our parents are, to seeing it through no matter what the short-term disruption might be around us.”
He said Asda’s profit margins remained steady compared with last year, while it had not been forced to write off dozens of unwanted stores or development sites like rivals Tesco, Sainsbury’s and Morrisons.
But Clarke admitted Asda needed to speed up its efforts to improve online shopping services and the quality of fresh food, as well as the expansion of its George brand and the move into petrol forecourts to win back shoppers.
Asda will invest a quarter more on the quality of its food in the second half of its financial year than it did in the same period last year. It has also changed its marketing to flag up services in its bigger stores, such as online shopping pickup points, petrol pumps and opticians, as well as cheap prices.
The retailer’s traditional emphasis on price had begun to look stale in a market saturated with red banners, discount vouchers and tough competition from Aldi and Lidl which remain considerably cheaper than Asda on their limited basket of goods.
Clarke said Asda was continuing to invest in price cuts with the objective of narrowing the gap with discounters and at least maintaining its lead on rivals Tesco, Morrisons and Sainsbury’s. “We have broadened our appeal giving us real confidence as we move forward,” he added.
Asda has been one of the biggest losers amid a nascent recovery at Tesco, which has been cutting prices and putting thousands more staff back into stores in an attempt to improve service.
The Walmart-owned chain has also suffered because the vast majority of its stores are out-of-town supermarkets, which have lost favour with shoppers who are increasingly turning to small local stores.
The supermarket is belatedly trying to get a foot in that game by moving into petrol forecourt stores. It is in the process of converting 15 petrol stations it bought last year. Clarke said in May that Asda expected to have 100 such outlets within the next five years.
Asda’s poor sales figures come after a tough few weeks in which dairy farmers marched cows through its stores in protest at low prices they were being paid for milk.
Asda pledged last week to raise the amount it paid farmers per litre to 28p. But Clarke said on Tuesday that it would not promise to pay farmers a minimum based on the cost of production in the same way as Tesco or Sainsbury’s. He said Asda’s deal with the Arla milk processing group, which is owned by farmers, gave them the best overall deal on milk and other dairy products such as cheese and yoghurt.
Until the last fortnight, Arla was paying farmers one of the lowest prices in the market.
Rival opens new front in price war
Sainsbury’s is opening a new front in the price war with Asda by taking its Brand Match promotion online.
The scheme promises money-off vouchers if shoppers could have bought goods cheaper at Asda, as long as they put at least 10 items in their basket.
The supermarket has been running the scheme in stores for four years after it was originally dreamt up by Mike Coupe, now the chief executive. Initially it matched prices against both Tesco and Asda but Tesco was excluded from the scheme last September.
Sainsbury’s said it was taking the Brand Match online because of customer demand. Last year the supermarket chain issued more than 230m coupons under the scheme with more than half showing a comparable branded shop was cheaper at Sainsbury’s compared with Asda.
The supermarket is also likely to be hoping to boost the pace of sales growth. Sainsbury’s online sales rose just 7% in the year to March compared with an 11.5% rise in online grocery sales at Tesco and 19.6% at Asda last year. 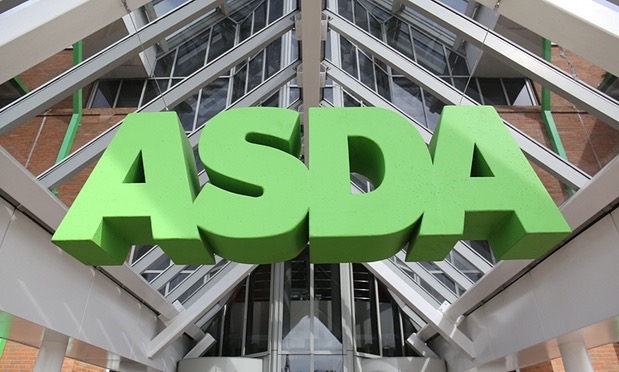 The supermarket also recently launched its clothing brand Tu online across the country.