British fashion retailer Austin Reed has announced that it plans on selling its Regent Street Flagship store following the closure of 31 stores earlier this year.
The company, which also includes mainstream womenswear retailers Viyella and CC has appointed property agents James Andrew International to sell its 35,000 sq ft store at 100 Regent Street. The sale is estimated to net the retailer over £20m. The rent is currently around £1.7m but could go up following sale and review.
The clothing retailer is already viewing alternative stores in the West End.
A great deal of interest is expected for the Regent Street space. While talks are still at early stages, clothing retailer Mango, who occupies the neighbouring store, has suggested it may be interested in expanding, while other retailers including Uniqlo could also be eyeing the property.
A source close to the situation said: “It has a big basement of 12,000 sq ft which is not being used, and two upper floors, so it is a big space that will attract a lot of interest”.
The sale of the flagship store comes after the debt-laden retailer was forced to strike a voluntary company agreement with its landlords in January this year. Austin Reed, which currently has around 166 stores, also received a three-year rescue loan from investment firm Alteri in June.
“Despite the CVA and two cash injections, they’re still not trading well,” a supplier told Drapers. 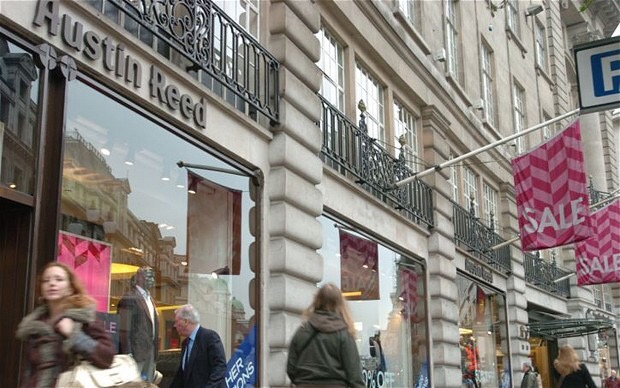