SuperGroup, the UK fashion firm behind the Superdry brand, has shrugged off concerns about the Chinese economy by officially launching in the world’s most populous country with a catwalk show.
The event at the British embassy in Beijing on Tuesday was attended by the business secretary, Sajid Javid, as well as Chinese government officials.
The show took place as the Asian Development Bank cut its growth forecast for the region’s biggest economies, citing a softer outlook for China and India as well as a delayed recovery in the world’s advanced countries. That view followed a slump in share prices in China during August and a devaluation of the yuan, which sent shockwaves across global financial markets.
SuperGroup’s Chinese business plan, originally announced in July, entails opening between two and five Superdry outlets in the first year through a joint venture with China’s Trendy International Group, which operates about 3,000 stores across China. Both parties have committed to investing £9m each over 10 years in the tie-up, which was agreed after an initial introduction from UK Trade & Investment (UKTI), the government department that assists British businesses seeking to export.
Despite the turmoil in the Chinese economy, SuperGroup said the country’s clothing market is worth $351bn (£228bn), and is forecast to become the largest apparel and footwear market in the world, overtaking the US this year.
The company has previously said it would open its own stores and then gradually roll out franchises to other cities, which its chief executive, Euan Sutherland, has predicted “could take Superdry right across China”.
Jacky Xu, the founder and chief executive of Trendy, added: “There is an increasing shift in consumer tastes in China, as individuals are moving away from the luxury brands to those more influenced by pop culture. We believe Superdry is well placed to take advantage of this shift.” 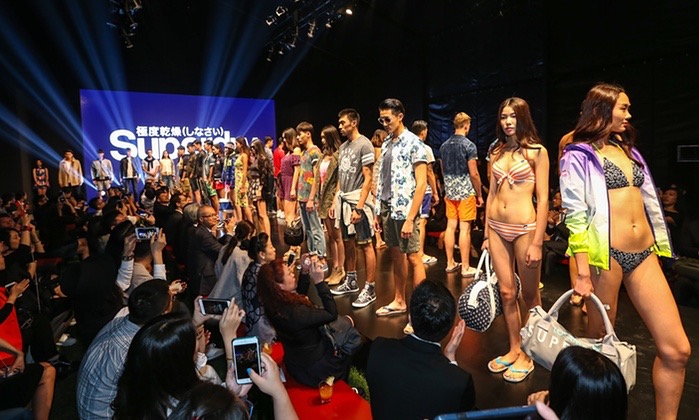