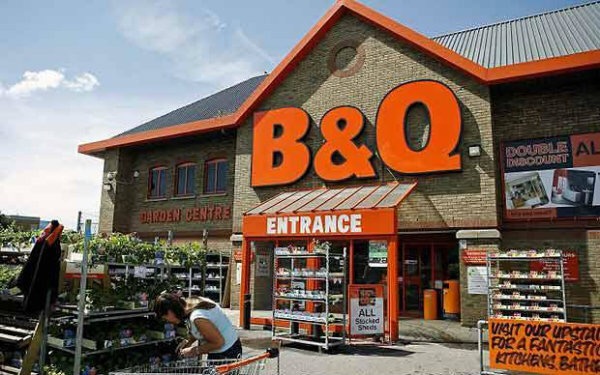 B &Q has announced the closure of a further three stores in Northern Ireland after revealing its plans to close branches at Londonderry and Belfast. The home improvement retailer said that around 300 jobs would be affected.

Kingfisher, B&Q’s parent company, is currently restructuring its presence in Britain, with plans to close 60 stores in the UK. In contrast, the Home and DIY giant outlined ambitions to open an additional 200 Screwfix stores in its half year trading update. The ‘One Kingfisher Plan’, created by CEO Veronique Laury, is the business’s attempt to unify and consolidate different aspects of the Kingfisher Group into a “single unified company where customer needs come first.”
As part of a wider revival, Kingfisher is trimming as much fat as it can, with the aim to close a 15% chunk of its B&Q store estate by the 2016/17 financial year. For better or worse, things seem to be going to plan.
At the time, the FTSE-100 listed company informed shareholders that a turnaround was proceeding smoothly.
In a statement B&Q said that the decision to close the stores had “not been taken lightly” and that it would “endeavour to find positions for as many employees who are affected by the change as possible, either at the four remaining B&Q stores or elsewhere in the Kingfisher Group, such as at Screwfix.”