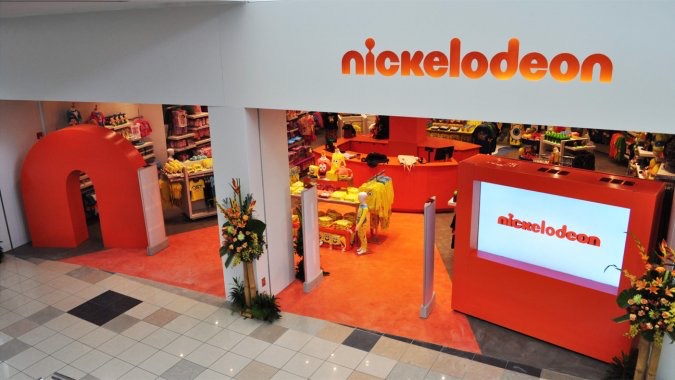 Viacom’s Nickelodeon and Viacom Consumer Products (NVCP) unit is continuing the global rollout of Nickelodeon stores, announcing Tuesday that it would open a Dubai store in 2016.
The store will be based in one of the world’s largest shopping malls, Dubai Mall, which forms part of a $20 billion downtown complex with more than 1,200 shops.
The Dubai store will be the 12th Nickelodeon retail store to open internationally as part of a relationship with Entertainment Retail Enterprises. It will be the second store in the Middle East after Riyadh in Saudi Arabia, which opened in Aug. 2013. The other stores are in Latin America (Panama, Honduras, Chile, Colombia, Costa Rica) and London.
Read More Nickelodeon Opening Flagship Retail Store in London

“Opening a store in one of the world’s biggest international centers is an incredibly exciting next step for Nickelodeon to continue to work together with world-class partner ERE, to further our collective mission to create engaging and enjoyable experiences around the world,” said Ron Johnson, executive vp, NVCP.
With more than 3,200 square feet of retail space, the Dubai store will offer kids and families the opportunity to experience and interact with such Nickelodeon properties as SpongeBob SquarePants, Dora the Explorer, Teenage Mutant Ninja Turtles and Paw Patrol.
To date, Nickelodeon and ERE have together launched eleven retail stores and one online store. The UK Flagship in London’s Leicester Square is their first store in Europe.
NVCP and ERE plan to open more stores in 2016.