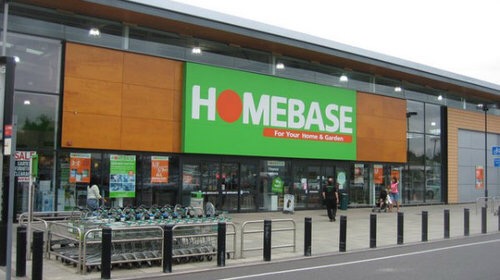 Home Retail Group, which was recently wooed by Sainsbury’s with an offer to buy Argos, has agreed to sell Homebase to Bunnings: Australia’s largest hardware retailer. The business is owned by conglomerate Wesfarmers, one of Australia’s largest listed companies, and the decision comes just days after a bid was made.
The takeover will see all 265 Homebase stores acquired, making the DIY chain the second largest home improvement and garden retailer in the UK and Ireland, putting it in a position to rival Kingfisher owned B&Q. The acquisition will also mark the debut of Wesfarmers in the UK’s retail industry as well as its first expansion offshore.
“Bunnings is well placed to unlock value from the Homebase business and has a proven track record in delivering growth, both organically and through acquisition,” said Richard Goyder, MD of Wesfarmers.
“The £38bn UK home improvement and garden market is a large and growing market with strong fundamentals. The opportunity to enter this attractive market through the acquisition of Homebase has been comprehensively researched and carefully considered by Wesfarmers and Bunnings,” he added. “The Bunnings team has done a lot of work to make sure it understands the market and the opportunity, including having visited hundreds of stores, spending significant time researching the market and closely studying international retail expansions into the UK and other markets.”
The UK home improvement market is considerably larger than Australia’s, at 1.6 times the size, and a household count three times the size.
Wesfarmers plans to invest £500m to refresh and rebrand the entire estate in a three to five year plan that will see several pilot stores open in the UK. It is expected that the acquisition will have an inconsequential effect on earnings per share and return on equity for three years, after which it is predicts to contribute positively. Predators have been circling Home Retail Group for some time, following Homebase store closures and falling sales at Argos.
The sale of Homebase is expected to close at the end of March and would free up an opportunity for Sainsbury’s to finalise that Argos transaction.