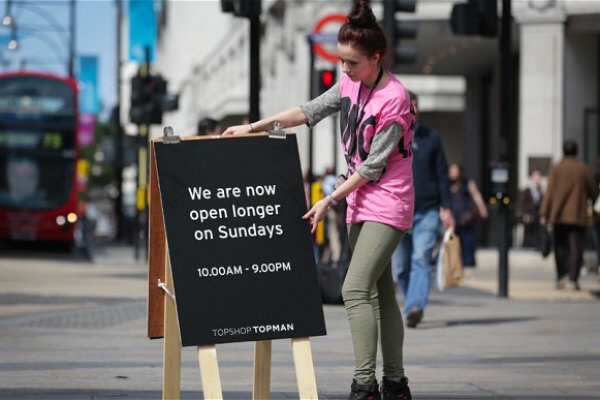 Ministers are facing legal action from the Keep Sunday Special Group, in order to stop them from going ahead with plans to extend Sunday trading hours.
The Government has been issued with a “letter before action” group, which outlines plans for a judicial review on the proposals to allow councils to increase selling time on Sundays.
According to the campaign, the evidence used by the Government is outdated and an assessment carried out on the potential impact on family life has not been published.
“We do not enter into this action lightly, and do so with a heavy heart,” said a spokesman for the Keep Sunday Special campaign.
“There are fundamental flaws in the process that the Government has taken and full consideration is needed, not the inadequate process that has taken place to date.”
“Longer opening hours will serve only to benefit out of town stores, whilst hurting high streets, post offices and small shops – resulting in a net loss of jobs to the economy,” said Association of Convenience Stores Chief Exec James Lowman.
“We fully support this legal action to hold Government to account for their actions.”
The Government has defended the initiative because the power is being given to local councils and shop workers are guaranteed the option to work on Sunday.
“Extending Sunday shopping hours has the potential to help businesses and high streets better compete as our shopping habits change,” said a Government spokesman.
“The rights of shop workers are key to making these changes work in everyone’s interests. We are protecting those who do not wish to work Sundays, and those who do not want to work more than their normal Sunday working hours.”