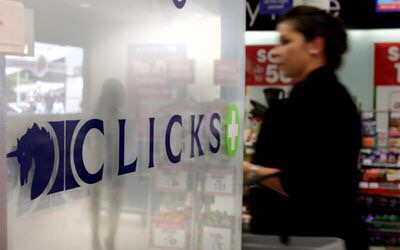 RETAILER Clicks will takeover managing private hospital group Netcare’s 37 Medicross branded retail pharmacies and its 51 hospital “front shops”, the two JSE-listed groups said in a joint-statement on Wednesday.
The agreement excludes the dispensing of prescriptions in the Netcare Hospital pharmacies, which remain within Netcare’s hospital operations.
Specific employees involved in these areas of the business will be transferred to Clicks on terms similar to their current conditions of employment and any other employees indirectly affected will remain employed by Netcare on their current conditions of employment, the two groups said in the joint statement from the JSE-listed companies said.
“The rationale for the transaction is to offer an enhanced retail service offering to both patients and consumers by affiliating the pharmacy and the front shops to an experienced retail provider such as Clicks,” Netcare said.
The parties expected to conclude the deal on October 1. It needs to gain competition authority approval, but falls below the JSE’s threshold for categorised transaction.
“Requirements for Netcare and Clicks and will have no material impact on the earnings and financial positions of either Netcare or Clicks,” the groups said in the joint statement said.