Amazon is launching its Dash grocery device in the UK which allows customers to scan barcodes or say the name of a product to build an online grocery basket. But are customers ready for this replenishment technology?Amazon Fresh customers in the UK can now get their hands on a voice-controlled device which will add products to their online baskets.
The Amazon Dash device allows customers to scan product barcodes or say product names in order to add items to their grocery orders. The technology, which is already available in the US, is being offered to UK customers for free when they make their second Amazon Fresh order before the end of August.
“We’re all used to trying to remember the contents of the fridge and kitchen cupboard and scribbling down reminders on pieces of paper,” said Ajay Kavan, VP of AmazonFresh. “With Dash, at any given time, customers can keep track of products when they come to mind and scan to reorder groceries and household essentials as soon as they run out. At Amazon, we’re always looking to innovate based on feedback and Dash has been designed to continually learn as customers use it.”

It’s been six weeks since the e-tail giant launched its grocery service in the UK and customers in 128 London postcodes can now use the platform to shop from a range of over 130,000 fresh and ambient products, while benefitting from one-hour delivery slots seven days a week, as well as same-day delivery for orders placed before 1pm.
Amazon first unveiled its Dash wand in 2014, which was followed up with the launch of replenishment buttons last year. These branded stick-on buttons – which are only available for US customers – allow shoppers to quickly replenish items such as washing powder and coffee capsules with a single press of a button.
The introduction of these replenishment devices, reflects the industry trend of subscription models, like Netflix and Graze boxes, combined with the Internet of Things (IoT), which both aim to make consumers’ lives easier.
Ben Perkins, head of consumer research, told Essential Retail that automated ordering has the potential to revolutionise grocery shopping.
“This is technology that has the potential to direct consumers away from physical stores and towards online platforms, so the retail industry will be watching developments closely,” he said. “We have already seen a number of grocers that have taken steps towards a more automated offer. Steps such as these will not only lead to an increase in data capture and personalisation, but it will also offer brands a more direct relationship with consumers.”
According to research from Deloitte, more than half (56%) of UK consumers currently own a connected device in their home, and around a third (30%) of consumers are likely to replace their traditional fridges with a smart device in the future.
“However, there are a number of logistical issues that need to be overcome first, namely around price and functionality,” Perkins continued. “Consumers tend to only adopt services that save both money and time. For this reason, any retailer, no matter how innovative, will need to provide a service that is designed around a consumer’s desire to buy groceries cheaply and quickly. While some shoppers will always prefer to shop in a store, retailers will need to increasingly offer frictionless automated services for those consumers who want them. If they don’t, then retailers, particularly grocers, will be at risk of being left behind as the market evolves.”
Another connected device from Amazon, which has not yet landed on British shores, is the Echo hands-free speaker, which users control with their voice to converse with the Alexa Voice Service in order to play music, add products to their online baskets or even order an Uber.
Ray Gaul, VP of Insights at Kantar Retail, said he thinks the introduction of Dash to the UK is the first step to globalise Echo and Alexa.
“It’s common for Amazon to do this,” he told Essential Retail. “The great example is Kindle, which was developed for North America, then Amazon tried to globalise and they had to test in different markets.”
Gaul also said it is a low-cost investment which Amazon’s suppliers will help to fund, in exchange for data on consumer buying habits. He said the two Dash products and Echo are popular with younger, tech-savvy consumers in the US, but it remains to be a niche area. That said, these are exactly the customers brands want to get products in front of and learn more about.
“We don’t know this industry very well, we don’t know how people shop for toilet paper, but we want to know, and Amazon can learn about the categories in ways traditional retailers can’t,” explained Gaul. “Traditionally retailers never get invited into the home. And this is a bit revolutionary, because it’s the first time retailers are able to enter people’s homes – it’s always been only the brands – but Amazon is entering the home and the brands are supporting that.” 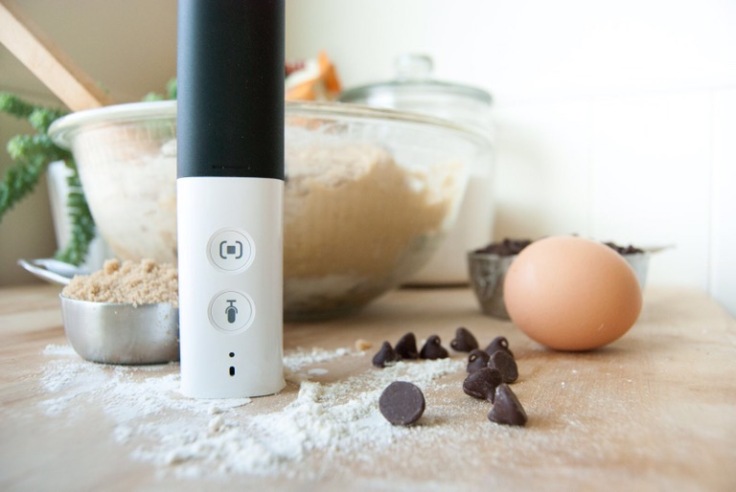