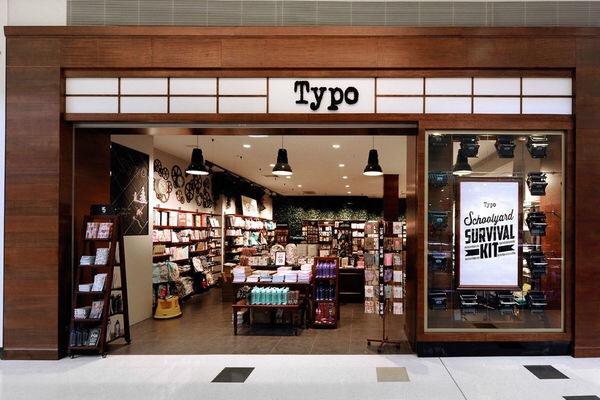 Australian stationery retailer Typo is set to open its first UK shop in London in December, according to reports.
According to Retail Week, the retailer – which also sells travel accessories, crafts, lighting, cushions, gadgets and gift cards – will occupy a 2000 sq ft store in Westfield Stratford City.
It is also reported that Typo is exploring further expansion opportunities in the capital with three additional stores.
The move follows recent launches by rival Australian stationery and gift chains into the UK.

In 2014, Smiggle opened its first UK store and is already expecting to have more than 90 stores trading by Christmas. Just this week, its parent company posted impressive full-year financial results, which it said was boosted by its international growth.
Meanhwile last year, kikki.K opened the first of three stores in London.
Typo is owned by Cotton On, which currently operates around 1200 stores in 12 countries, including the US, South Africa, Germany, France, Greece, Singapore and Hong Kong, and of course Australia.