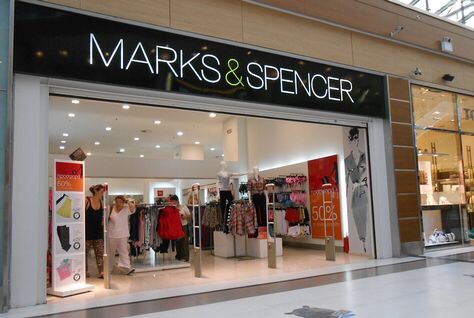 Marks & Spencer (M&S)’s department stores in the Gulf will be unaffected by the British retail giant’s decision to close down more than 80 shops in the UK and around the world.
The company announced on Tuesday that it would shut 30 outlets in the UK, and 53 overseas, including most of its fully owned stores. Altogether, it will shutter operations in 10 international markets, including France and China, at a cost of up to 200 million pounds over the next year.
In the Gulf, M&S outlets are operated by Dubai’s Al Futtaim, and the retailer said that that relationship would continue.
“We are fully committed to our franchise partnership with Al Futtaim and our franchise stores in the Gulf operated by Al-Futtaim are unaffected by today’s proposals,” an M&S UK spokesperson told Arabian Business in response to emailed questions. “Going forward we propose to operate with fewer wholly-owned markets and have a greater focus on our established joint ventures and franchise partnerships.
“Customers can continue to shop with us at our stores in the region.”
Al Futtaim has held the regional franchise rights for M&S since 1998, and the franchise partnership boasts 26 stores located in Bahrain, Egypt, Kuwait, Lebanon, Oman, Qatar and the UAE, according to the company’s website.
M&S, whose shares have fallen 22 percent so far this year, reported an 18.6 percent slump in first-half profit and another fall in quarterly clothing sales.
Steve Rowe, a 26-year company veteran, took over as CEO in April and has the tough task of reviving a 132-year-old British institution that has fallen out of fashion over the last decade.
“These are tough decisions, but vital to building a future M&S that is simpler, more relevant, multi-channel and focused on delivering sustainable returns,” he said.
So far, Rowe’s priority has been trying to turn around M&S’s underperforming clothing and homewares business.
But on Tuesday he outlined how the firm will streamline its British store estate of over 900 stores over five years and detailed a rationalisation of its international operations.