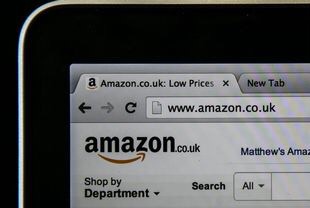 Amazon.com and India’s Flipkart Online Services have reportedly walked away from talks to buy Dubai-based Souq.com after disagreeing over price.
Bloomberg reported on Wednesday that the e-commerce business is now seeking other potential investors and is negotiating with mall operator Majid Al Futtaim, citing people familiar with the matter.
It was reported in November that US giant Amazon.com was in talks to acquire Souq.com for about $1 billion to give it a footprint in the high-growth Middle East market.
Amazon was reportedly considering a bid for all of the site, which had initially planned to sell a stake of at least 30 percent.
Bloomberg said a spokesman for Majid Al Futtaim declined to comment, while Amazon and Flipkart didn’t immediately return requests for comment and Souq.com wasn’t immediately available to comment.
In September, Souq.com, the largest online retailer in the Middle East, was planning to sell a stake of 30 percent and had appointed advisers at Goldman Sachs Group to find buyers for the stake.
In February, Souq.com announced it had completed a funding round of more than AED1 billion ($275 million), the largest financing of an e-commerce business in the region.