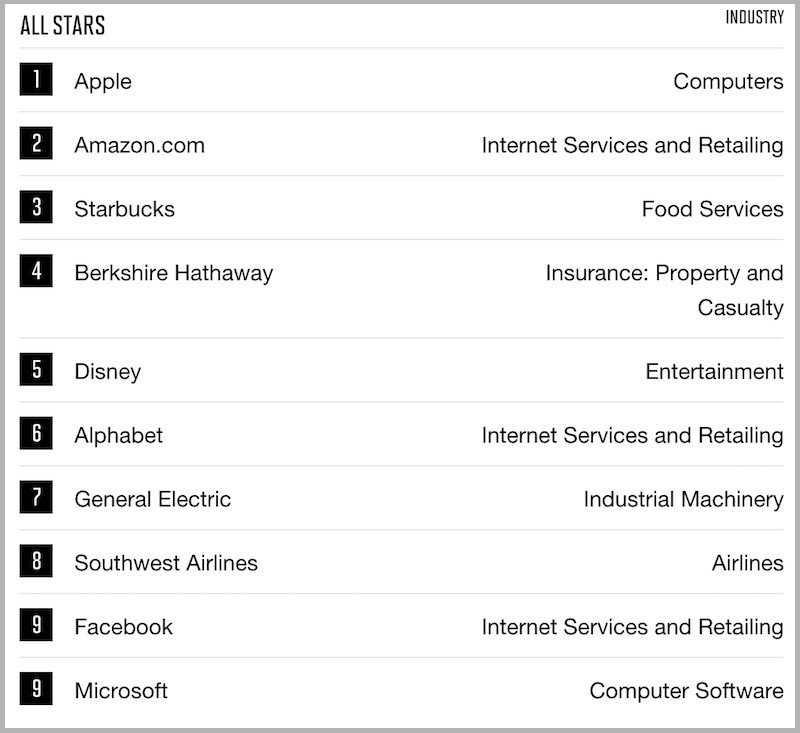 Apple Tops ‘World’s Most Admired Companies’ List for Tenth Year in a Row
Apple has been awarded the number one spot on Fortune’s annual list of the “World’s Most Admired Companies.” The 2017 list marks Apple’s tenth consecutive win as the most admired company in the world according to Fortune, which collected the data from 3,800 executives, analysts, directors, and industry experts to end up with the final ranking.
After Apple, the top five slots are rounded out by Amazon, Starbucks, Berkshire Hathaway, and Disney. Last year, Alphabet ranked in second place but the company has fallen down to sixth in 2017. One of Apple’s direct rivals in the hardware and software space, Microsoft, has been placed in the ninth spot in a tie with Facebook. 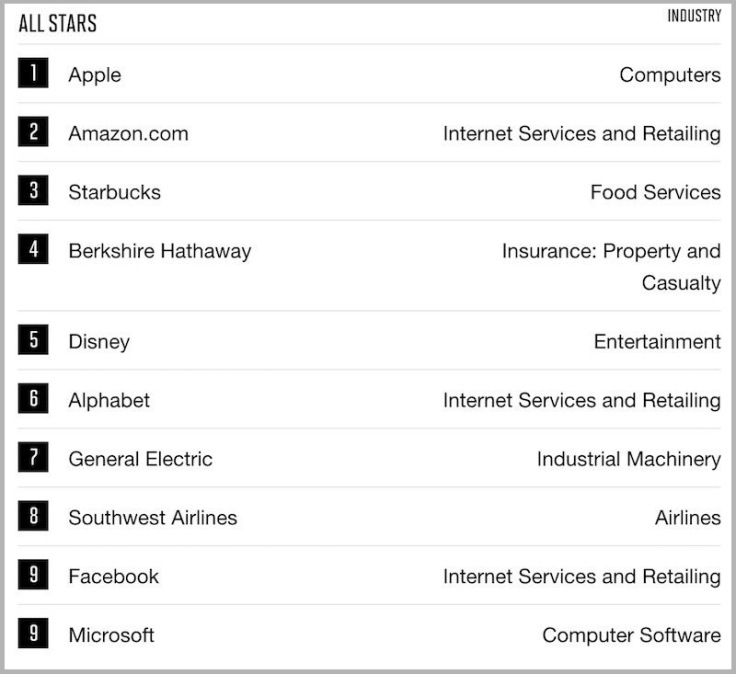