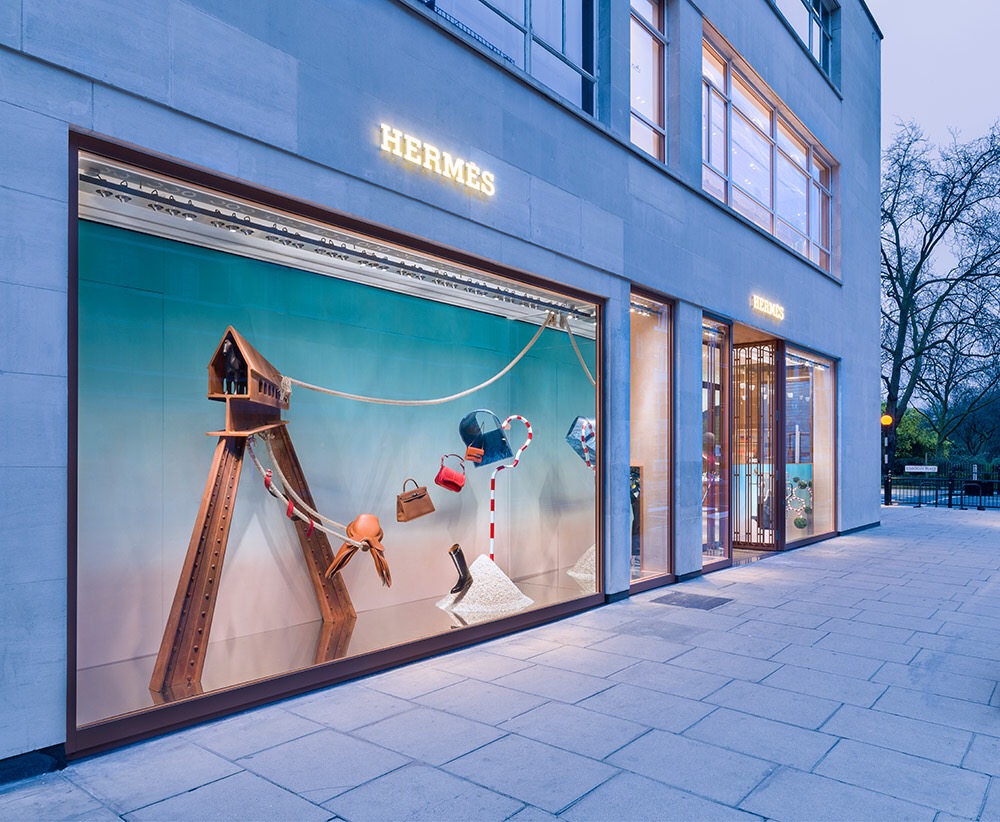 Hermès has recently opened a new store in London on the corner of Cadogan Place and Sloane Street. The new store which covers 400 sqm 0n two floors houses every one of Hermès’ 16 métiers.

The interior, which took just under a year to design and build, was presented to the studio as a blank canvas. Upon visiting it for the fist time, Montel says one thing was immediately clear: ‘Here, the star of the shop is not the shop itself, it’s the garden,’ he says gesturing to the store’s leafy view of Cadogan Square Gardens where a bright yellow mimosa tree is currently in full bloom.
The new London store will showcase a range of exclusive products including the re-issued London Bag in four limited-edition colourways. The bag, first created in 1962 features a clasp reminiscent of the epaulettes on the London Police Officers uniforms. In addition, a Yamaha Virago motorbike, which was covered in Hermès leather, is on display for the first time in the UK as an example of le sur-mesure services available at the store. 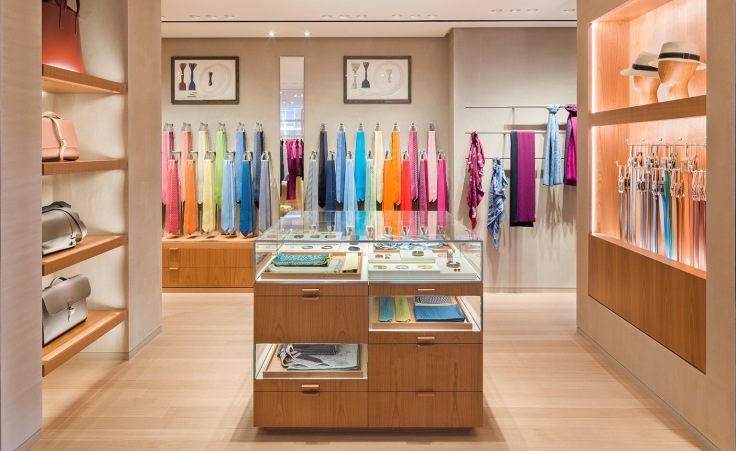 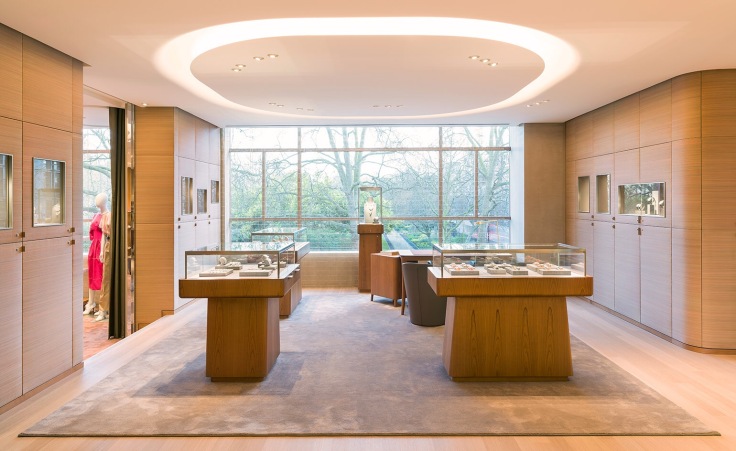 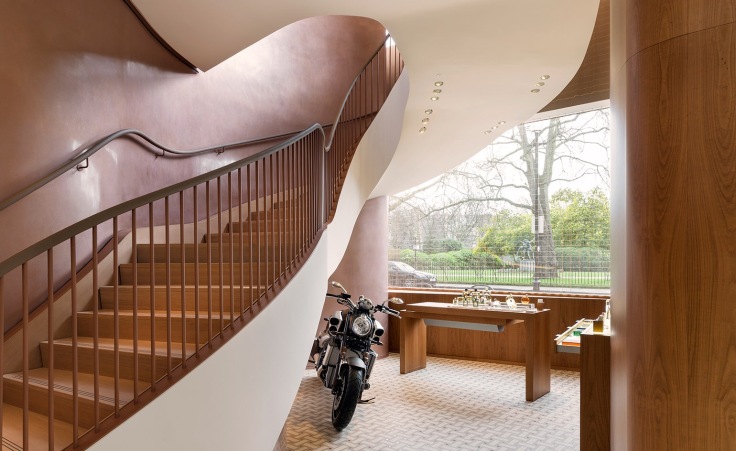