Swedish retailer H&M has continued on its winning streak in SA, dodging the malaise to which domestic retail players have succumbed.
In the first quarter of its 2017 financial year, H&M’s sales increased 39% in rand terms to about R356m from the nine stores it has in operation.
H&M SA opened its 10th store in Nelspruit last week. Its 11th store will be opened in Polokwane at the Mall of the North on April 8. Europe’s second-largest retailer is one of many global players who have moved to SA in a bid to increase market share and search for untapped markets in the hopes of bolstering performance.
Mergence equity analyst Peter Takaendesa said H&M was growing faster than bigger local retailers due to a combination of strong investment into new stores, effective marketing and “possibly better-positioned product offering”. H&M’s results have come at the expense of Woolworths, Truworths and Mr Price who released less than stellar trading updates and results earlier in 2017.
“We estimate that their [H&M] revenue market share in the South African market is only about 1% now and believe they will continue to gain market share off this low base as well as the factors identified above,” said Takaendesa.
The analyst said the accelerated levels of new store roll-outs were not only taking place in SA but also across some of their operating countries, so “this is a deliberate strategy driven at the group level”. 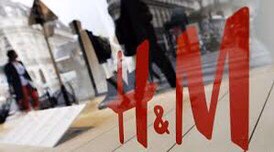