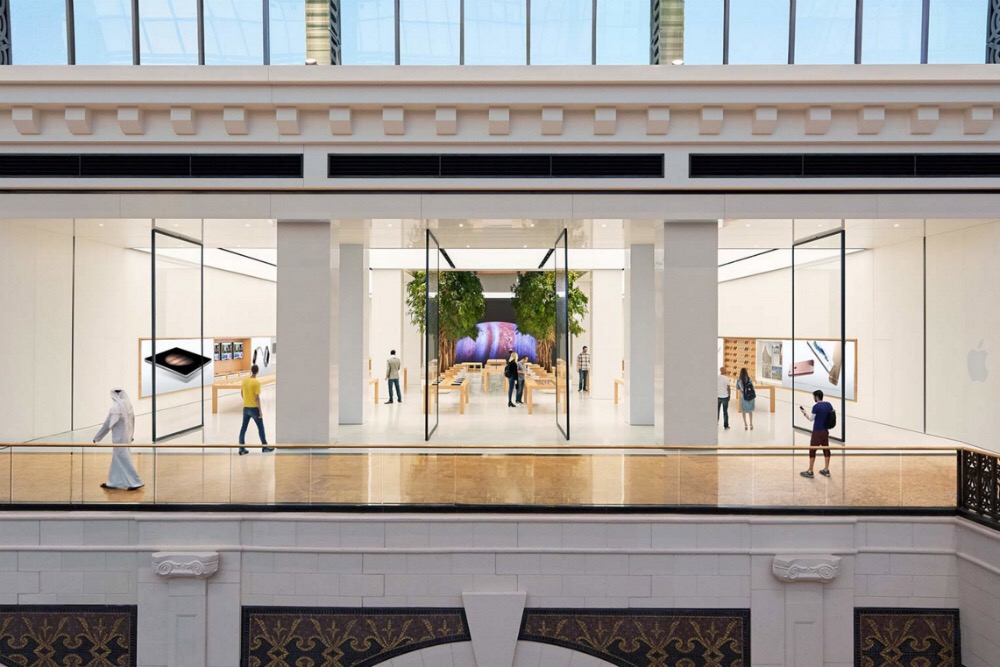 Boasting unobstructed views of the world’s tallest skyscraper, the Burj Khalifa, via a 180-foot wide, artistically designed carbon fiber array of motorized windows, Apple’s latest upscale retail store will be opening tomorrow, April 27th, 2017, at the swanky Dubai Mall in the United Arab Emirates.
Designed in collaborating with Foster + Partners — the same design team behind Cupertino’s brand-new Apple Park headquarters — the Dubai Mall Apple Store features an ever-changing array of 37.5-foot tall windows, overlain with super-strong carbon fiber panels that are capable of meticulously shifting orientation based on the fluctuations of external temperature in Dubai.
“To mitigate Dubai’s climate, Foster + Parters designed eighteen 37.5-foot-high motorized ‘Solar Wings’ that respond to the ever-changing environmental conditions,” the company wrote in its official press release about the grand-opening. “When the sun is at its hottest they cool the store, and in the evenings they open to welcome everyone to the public terrace. Inspired by the the traditional Arabic Mashrabiya, each ‘Solar Wing’ is locally fabricated from 340 carbon fiber reinforced polymer rods, and at 180 feet wide, the 18 panels make up one of the world’s largest kinetic art installations.”
These magnificent carbon fiber windows will also provide visitors an unobstructed view of one of Dubai’s greatest attractions: the Sama Dubai — a spectacular water fountain show that takes place every evening, and is conveniently located right below the Apple Store terrace at Dubai Mall.
Appropriately, Apple in its press release has invited visitors of the new location to enjoy the beautiful fountain array, which can be seen taking place in the first of two YouTube videos below. Also be sure to check out the second YouTube video, which gives us a glimpse of the Dubai Mall Apple Store, itself, and the surrounding area.

The company was sure to emphasize in its press release that the grand-opening of the Dubai Mall Apple Store is a way to draw more attention to its recently announced workshop series — dubbed Today at Apple — which will essentially embody a series of free education courses, focusing on a variety of topics including art, design, photography, and software coding, among other concepts.
“At the heart of every Apple Store is the drive to educate and inspire,” the company said, while adding that “Today at Apple will launch at Apple Dubai Mall and in all 495 Apple stores next month with new sessions across photo and video, music, coding, art and design, and more, led by highly-trained team members.”
The Dubai Mall Apple Store will also host a variety of high-profile events, many boasting live music, conversations with film-makers and photographers, and additional live workshops hosted by some of the world’s leading talent on the subject at hand. 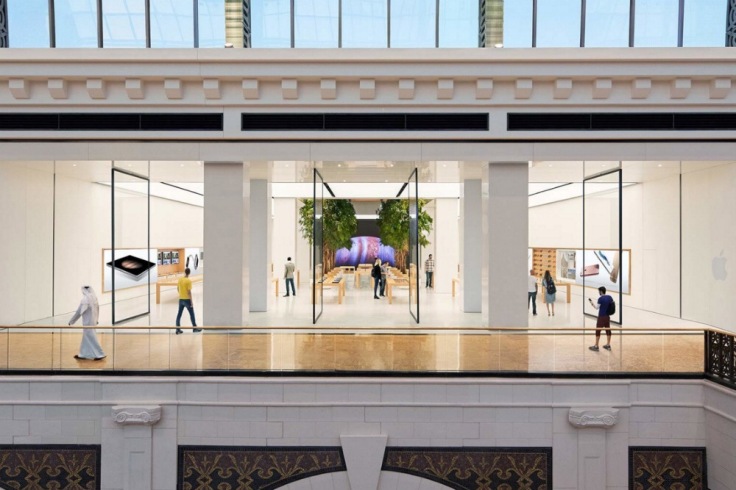 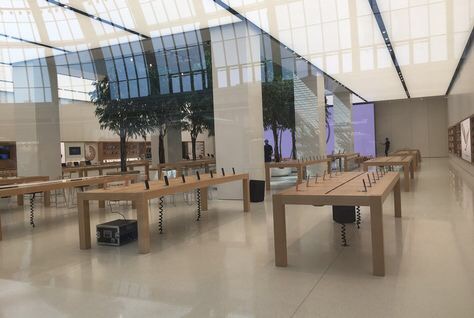 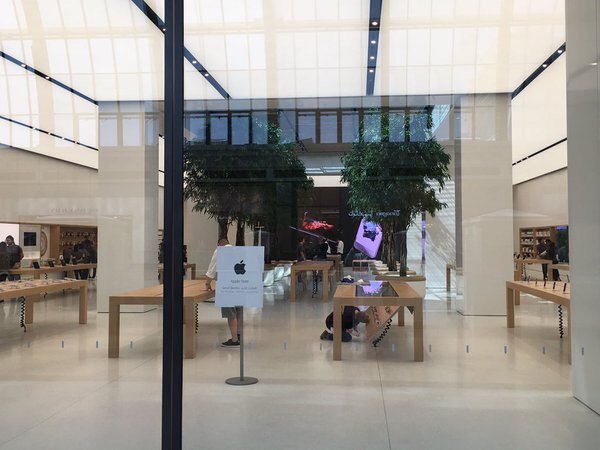 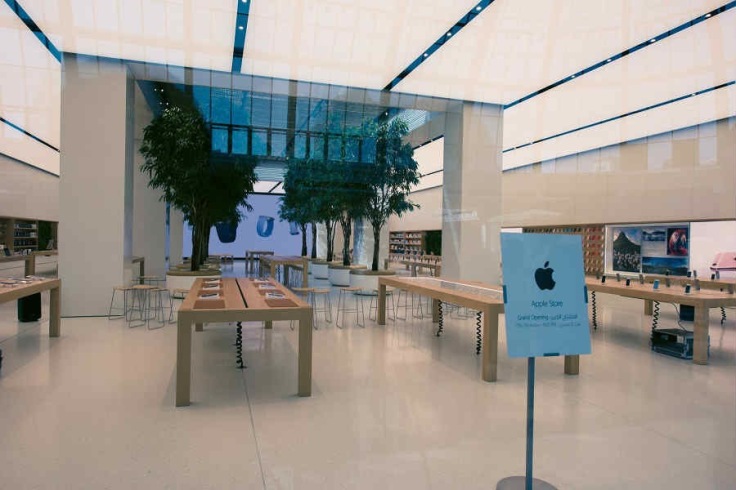