Apple’s first retail store in Singapore has been partially unveiled, providing the first official confirmation of the long-rumored Orchard Road location.
It was back in 2015 that Apple confirmed that it was opening a store on the island. At that point, the location wasn’t known, though there were strong signs pointing to the location on Orchard Road, the main upmarket retail area in the country …

Apple has now removed the barricades around the store, revealing a giant ‘Apple loves Singapore’ message in graphic form. The name of the store is also shown as Apple Orchard Road.
StraitsTimes notes that smaller versions of this graphic are used to signal the Creative Pros who will be available at the store.
There are 12 smaller groups of these icons close to the doors of the store. Each group of icon has a different red dot to represent the 12 local Creative Pros that Apple has selected.
Dubbed “Red Dot Heroes” by Apple, these Creative Pros are the liberal arts equivalent of Apple’s technical Geniuses that specialise in troubleshooting and repairs of products. Some of them will conduct free hands-on sessions at the upcoming Apple Orchard Road Store.
Apple first revealed its new ‘Today at Apple‘ initiative at its retail stores – with much greater focus on free workshops and help with creative projects – in a CBS interview last month, though we first learned about it last summer. The program was also a major focus at the recent opening of the spectacular Dubai store.
The opening date of the Singapore store isn’t yet known, though we have heard whispers about May 29. All of Apple’s operations in the country will be powered by solar energy. 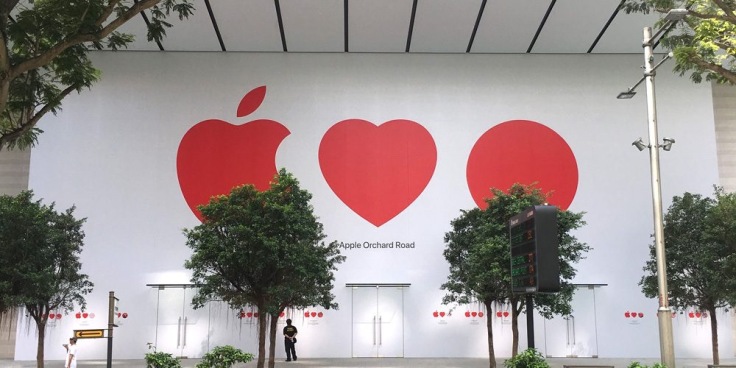