E-Mart said on March 19 that the Korean first store of Drugstore Boots opened in Starfield, Hanam. It was only 10 months since the signing of a partnership agreement between E-Mart and the Wall Green Boots Alliance (WBA) in July last year. The Boots store is located on the first floor of Starfield with the size of 619 square meter (187 pyeong).

WBA is a global ‘distribution giant’ that has 13,100 stores in 11 countries around the world, including the UK’s No. 1 health and beauty (H & B) brand, with annual sales of 145 trillion won.
E-mart will show Korean version of H & B, which is differentiated by global sourcing power of boots, the world’s top drugstore company, and E-Mart’s product planning ability.
The H & B market in Korea last year was1.2 trillion won. It has been on a steady upward trend with a growth of 30~40 percent every year and the business holds great promise for the future. In the next five years, it will grow to over 3 trillion won.
The boots strengthens the competitiveness with their own brand products (PL) and services. Boots has PL products such as ‘Soap & Glory’ and ‘Botanics’, including functional cosmetics ‘No.7’. In particular, No7 is the number one beauty brand in the UK, and has already been famous among Korean customers. With the official opening of boots, consumers can purchase boots PL products more easily such as No7.
The boots offers a ‘Match-made’ service that will consult the colours for their skin tones on the opening day. It recommends foundation and colour cosmetics by measuring consumer’s skin tone using No7 exclusive device.
To celebrate the opening of the Starfield Hanam store, the boots will carry out the ‘3 for 2’ event, which takes one more item if you buy two items of their own brand of boots by the 1st of next month. Until June 29th, 5000 won discount certificate will be presented to customers who purchase more than 50,000 won. The boots eco bags will be presented to 5,000 people by order of arrivals regardless of the amount of purchase. When purchasing more than 50,000 won, the boots beauty box will be presented for the first 400 people as well.
E-Mart will also open a large flagship store in Myeong-dong, which is called “The Holy Land of Cosmetics” in July. The size of the store is 1284 square meter (388 pyeong). E-Mart plans to gradually expand its H & B gmbusiness, starting with Starfield Hanam, complex shopping mall and Myeongdong stores. 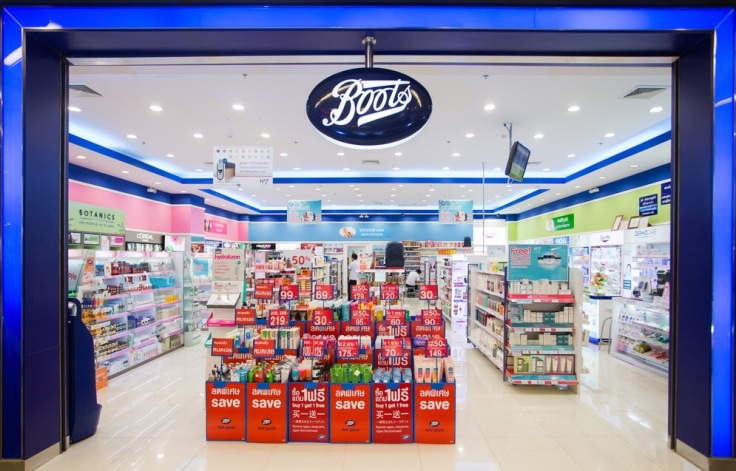