Mr Price earnings up due to successful retail formula
JOHANNESBURG (Reuters) – South Africa’s Mr Price Group Ltd posted a 12 percent drop in full-year earnings, the first drop in annual profit since 2001, as consumers struggle in a sluggish economy.
The no-frills retailer, which also sells homeware and furniture, is facing increased competition from international chains Zara, H&M and Cotton On and has lost market share as local competitors, such as the ailing Edcon, mark down stock.
“This was the Group’s first earnings decrease in 16 years during a very difficult trading period,” Chief Executive Stuart Bird.
Mr Price blamed a drop in sales on weak consumer sentiment as political turmoil culminated in President Jacob Zuma firing finance minister Pravin Gordhan in March and credit ratings agencies downgraded the nation to sub-investment grade shortly after.
“Cabinet reshuffles and downgrades by ratings agencies have caused further exchange rate volatility, which the consumer ultimately has to absorb,” the company said.
Mr Price, which has grown over the past three decades by undercutting competitors and catering to thrifty shoppers’ fashion needs, said a mild winter caused rivals to mark down stock to match its own prices, further weighing on sales.
Edcon, an unlisted retailer, has had to restructure debt and clear old stock at much lower prices. Woolworths also marked down stock in what its chief executive Ian Moir described as a “feeding frenzy”.
“The retail environment has become more competitive, with any growth in a stagnant market coming from increased market share,” Mr Price said in a statement.
Diluted headline earnings per share fell to 887.9 cents in the year to end-March, from 1,012.9 cents in the previous year.
Mr Price maintained its full-year dividend at 667 cents per share.
The company said improvement in the consumer environment is likely to only be gradual, but added that it was seeing encouraging signs in the current financial year. 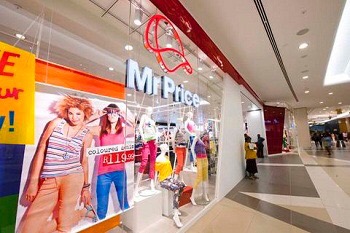 Posted on May 31, 2017, in #retail, #southafrica, Other. Bookmark the permalink. Leave a comment.