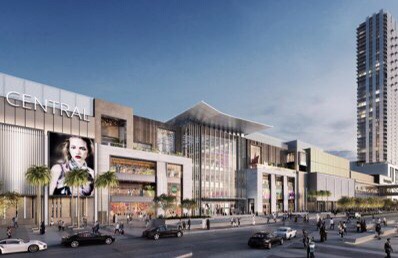 UAE-based Gulf Capital said more than 76 per cent of the work has been completed on its $1-billion retail venture coming up in Abu Dhabi and is on track for opening by the end of 2018.
Al Maryah Central, located at Al Maryah Island, is a joint venture project between Gulf Capital and the US-based Related Company.
The project is progressing well, on tack and on budget. It will open by the end of next year, reported Gulf News, citing Gulf Capital’s top official.
“The construction will finish in September next year and we need a bit of time for getting approvals from the regulatory and governmental bodies before we open the mall,” stated CEO Dr Karim Al Solh.
The 2.8 million sq ft mall will feature the first Macy’s outside of the US, the first Bloomingdale’s in Abu Dhabi and 20 specialist Al Tayer stores as part of the 400 store retail offering.
In addition, Al Maryah Central will include 100 restaurants and cafés, a 21-screen Vox Cinema with Imax and a host of other attractions. Subsequent phases of the development will include residential units and a hotel in two high-rise towers.
According to him, the mall will have a mix of entertainment and dining that will drive a lot of traffic.
“About 20 per cent of the mall will have food and beverage component and 10 per cent entertainment. That is important because you just can’t have retail alone,” he noted.
“Apart from this, we are bringing a number of new brands to the region. This will be a unique mall on par with what you see in the US or Europe,” explained Al Sohl.
On the leasing activity, Al Solh said 50 per cent of the retail space is already leased with a number of new potential customers showing interest. “We are expecting 70 per cent of the mall to be leased by the end of this year,” he told Gulf News.
The new shopping mall will be linked to the adjacent property, The Galleria Mall, which opened in 2013 and was also developed by Gulf Related, said Al Sohl.
On its regional projects, the company chief said its residential project in Saudi Arabia will be built in phases due to slowdown in the economy. The firm is building 520 units including villas, town houses, and apartments.