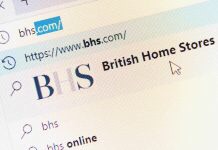 Online sales at BHS grow 35% thanks to new start-up mentality.

The MD of BHS.com has revealed sales at the online retailer have increased by over a third in Q2.

Speaking to the Press Association, BHS.com MD Kevan Mallinder said sales grew 35%, bolstered by its womenswear clothing range which increased 350% over the period.

Mallinder said the business was treating the brand like a “disruptive start-up” after it was bought by the Middle-Eastern Al Mana Group in June 2016.

He told the Press Association: “Because we are privately owned by the Al Mana Group, they want to see the business succeed over the long term, which brings a different aspect to the decisions.”

Mallinder was bought in to direct the e-tailer six months ago, coming from food delivery firm Abel & Cole.

The much-loved British brand, BHS, entered administration in April 2016 leading to the loss of 11,000 jobs. An ongoing enquiry is investigating the controversy surrounding the retailer’s pension deficit.