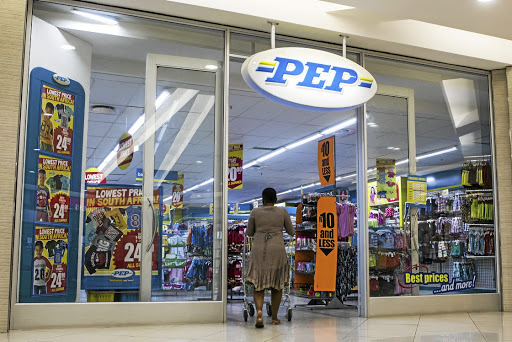 Reducing debt remains its objective even if it does not take place quickly, CFO says

Pepkor will miss its debt reduction targets due to the coronavirus-induced economic contagion, the latest company showing signs of distress as it stares down the barrel of one of the deepest economic downturns in recent memory.

Pepkor has R14.1bn in net debt, putting its net debt to core earnings — or earnings before interest, taxes, depreciation, and amortisation (ebitda) — ratio at 1.7 times, well above its three-year target of one times.

The ratio, which shows how well a company’s earnings covers its debts, is often used by banks in calculating how much interest it charges on a firm’s borrowings.

CFO Riaan Hanekom said on Wednesday reducing debt levels remains their objective even if it does not take place quickly. They don’t expect to meet the ebitda to debt ratio of one times in three years, Hanekom said.

SA company cash flows have been hard hit by the two-month lockdown. Famous Brands announced on Tuesday it is in discussions to renegotiate lending terms with banks as it may breach its debt level commitments.

Many companies expect consumers to be constrained for months as the Treasury has predicted 3-million to 7-million job losses.

Long4Life has said some Sorbet Beauty salons may not reopen and Spur has  warned that some of its franchise restaurants will remain shut too.

The unit of Steinhoff, which is in the middle of cleaning up its balance sheet after revealing SA’s biggest corporate fraud, expects to gain clothing market share due to its discount Ackermans and Pep brands. It thinks constrained consumers will choose to shop at cheaper clothing stores, but is also aware that the weaker economy may mean reduced sales and increased customer accounts in arrears.

The group posted its trading update for the six months to March on Wednesday. It grew revenue 6.3% to R37.6bn with Pep and Ackermans growing sales 7.3%.

Headline earnings per share, the main measure of profit that strips out certain one-off items, dropped 3.8% to 49.3c.

Asked about meeting its repayment requirements with lenders as consumer spending will remain constrained and bad debt is expected to increase, CEO Leon Lourens said the “future is uncertain” and it has not concluded its discussion with banks. https://3aadb58bf65835fc10a877f1d0fac67b.safeframe.googlesyndication.com/safeframe/1-0-37/html/container.html

“It is too early to make a call. We are planning and there might or might not be restructuring,” Lourens said.