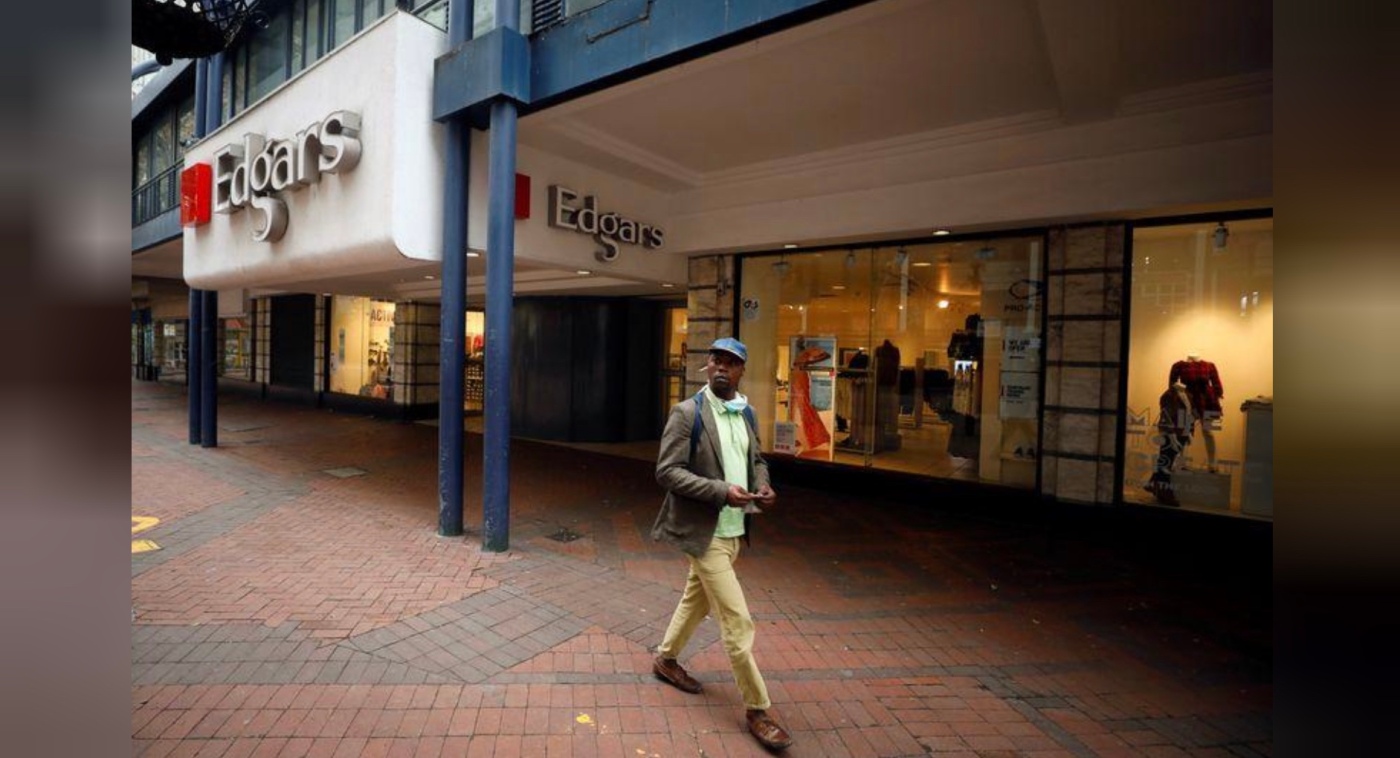 JOHANNESBURG (Reuters) – Parts of South African retail chain Edcon are likely to be sold to private equity-backed Retailability Ltd, administrators in charge of its restructuring said. A man walks past a branch of clothing store Edgars, owned by of struggling department store operator, Edcon, during a coronavirus disease (COVID-19) lockdown in Cape Town, South Africa, May 27, 2020. REUTERS/Mike Hutchings

Best known as owner of the 91-year-old department store chain Edgars and budget clothing retailer Jet, Edcon is one of South Africa’s oldest retail groups but applied for a form of bankruptcy protection in April.

“Retailability plans to utilise Edgars’ unique value proposition, and large attractive target market, to ensure the growth and continuity,” Edcon’s administrators said in the statement, which was issued on Monday.

Edcon entered a process called business rescue in South Africa after it failed to generate enough revenues as a coronavirus lockdown shut its stores across the country.

Its administrators said a transaction with Retailability would save a “significant” number of jobs.

Piers Marsden and Lance Schapiro of Matuson Associates, administrators of the process, said last month that they had identified 15 parties interested in picking up all or parts of debt-laden Edcon.

The statement did not say what Retailability would pay and which parts of Edcon the Durban-based retail chain, which bought Edcon’s young women’s fashion division, Legit, in 2016 for 637 million rand ($37.29 million), would buy.

Matuson Associates and Retailability did not immediately respond to an email seeking comment.

Retailability, which runs two other clothing outlets, Beaver Canoe for men’s fashion and Style for families, has 440 stores and some 2,000 employees in South Africa and neighbouring countries.

These are mainly located outside of big cities where the core if its low to middle income target market exists.

The administrators said they are in advanced stages to sell other parts of Edcon, adding the deals will close by September.