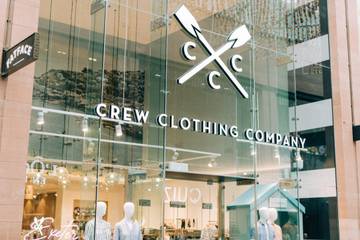 British lifestyle brand Crew Clothing is reportedly planning to open between eight and 12 stores across the UK and Ireland this year.

The first three stores are expected to open by mid-April – one in Kildare in Ireland and two in the southeast of England, Drapers reports.

The retailer expects to open 20 in total as part of its expansion strategy, with a focus on locations in market towns and coastal locations.

It comes after Crew Clothing opened 20 locations across the UK in 2020, bringing its total store estate to around 100.

“We are holding back on our store expansion plans because of the business rates issues. We are a business that has grown and grown, and we want to invest further in the UK, but [the burden of business rates] is slowing the process down,” he said.