Dubai: Candelite, a confectionary brand under Landmark Hospitality, said on Wednesday it has signed a franchise agreement with UK-based cupcake retailer Candy Cakes.

The confectionary market has seen a “94.7 per cent growth in the UAE for the past six years,” Manish Jeswani, business head at Candelite, said at a conference in Dubai.

Candelite hopes to bring the brand to another nine locations — a total of 14 locations in the UAE by mid 2014, with a blend of standalone stores and stores within stores. “We should be accessible by price and location,” Jeswani said. The company is also investing “$10 million” to grow Candy Cakes across the GCC (Gulf Cooperation Council), according to Jeswani. “We don’t have a timeline,” he said.

When asked about the value of the franchise agreement, Jeswani declined to comment. Candelite has exclusive franchise rights for Candy Cakes for the Middle East, he said.

Meanwhile, asked about expansion plans, Sanjay Bahl, COO of Landmark Hospitality, told Gulf News: “We are looking at expansion opportunities all the time,” without divulging details.

“Our focus right now is to build the Candelite business.”

Landmark Hospitality is a division within the Landmark Group. It operates hotels, fitness and wellness, dining, and entertainment brands. 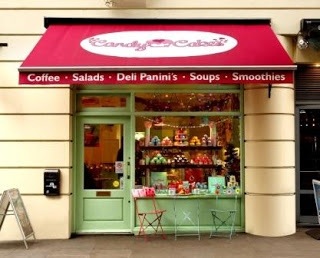