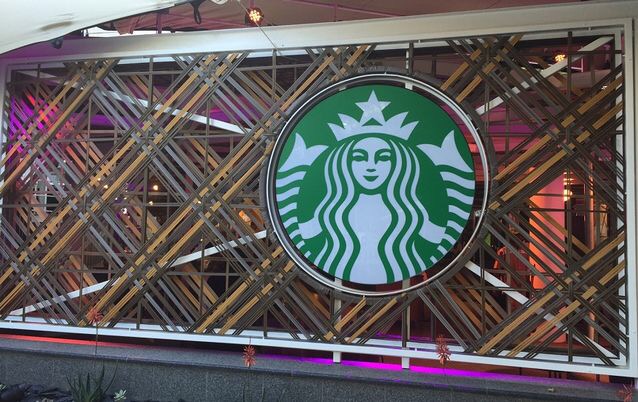 World’s largest coffee company opens its first store in SA as throngs of fans who had been lining up from night before eagerly awaited their morning fix
BY 7.30am on Thursday, when the world’s largest coffee company, Starbucks, opened its first store in South Africa, the throng of fans who had been lining up from the night before were desperately in need of a cuppa.
Coffee consumption in the country has grown as consumers, particularly in the middle–to–higher income market, move from instant coffee to premium and freshly brewed offerings.
The awareness, not only of quality beans but origin and sustainable sourcing, has seen a deluge of artisanal roasteries and niche chains such as Vida e Caffè, Motherland and Roast serving up java fixes.
According to Statistics SA, local coffee shops have seen a 7.1% increase in income since 2014.
Starbucks has iconic status among customers, largely due to its free Wi-Fi and customised drinks, with buyers’ names written on cups.
With its brick walls and woven leather ceilings, the 485m² store in Rosebank, Johannesburg, is a clear matrimony of the global behemoth’s laid back, urban edge with a distinct African semblance.
Starbucks vice president of licensed operations for the Europe, Middle East and Africa, and UK region Rhys Iley, said the group’s move into South Africa was overdue and that the country represented a “significant” market.
A second Starbucks store will open in Attacq’s R5bn Mall of Africa in Midrand next week.
“In two years, we think the market will have between 12–15 stores,” Taste Holdings CEO Carlo Gonzaga said, adding that the company was also looking at a drive-thru concept.
Taste will roll out the stores in SA, under its licence agreement with Starbucks. The JSE-listed group last year concluded a deal with Domino’s Pizza, the second-largest pizza chain in the world after Pizza Hut.
For coffee connoisseurs, the Rosebank store hosts a coffee theatre and tasting experience with its Starbucks Reserve Bar – the concept is all about the craft of roasting and brewing and aims to educate customers about coffee.
The Reserve Bar offers single-origin, small-batch coffees sourced from around the world, with a variety of brewing methods including Syphon, Pour-Over and the Clover™ brewing system, and all espresso beverages will be made with a Black Eagle espresso machine.
Earlier this month, Starbucks said it would open a 20,000 square-foot roastery superstore in New York’s Meatpacking District – its largest store in the world.
The Reserve coffee lines are more upscale, and cost anything from R26–R74. When it comes to classics, customers can pay R17 for a small filter coffee and around R30 for a cappuccino or latte – largely in line with local pricing.
Starbucks sources coffee from nine countries in Africa and two of the first Reserve coffees on offer will be Burundi Murambi and Kenya Kaganda.
The group has localised some of the menu offerings to include items like roti rolls and rooibos cappuccinos.
Starbucks was founded in 1971 and is named after the first mate in Herman Melville’s Moby Dick. Its logo is also inspired by the sea – featuring a twin-tailed siren from Greek mythology. It has 23,000 retail stores in 70 countries.